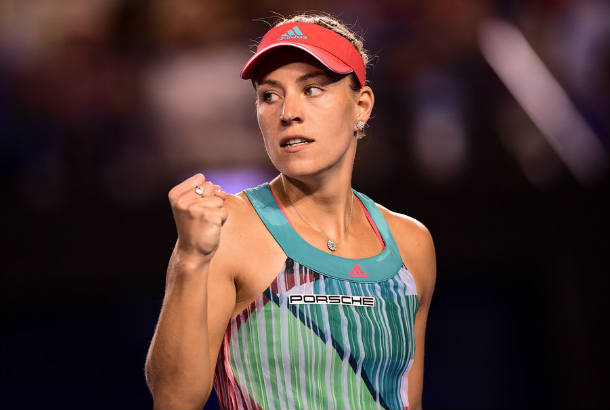 Promising German tennis player Angelique Kerber, the present WTA No.1 tennis player in the world who is on a winning spree, looks like she is the next dominating force in women’s tennis. Kerber shot into the limelight when, ranked 92 in 2011, she stormed into the semi-finals of the US Open. Kerber received her No.1 position last month to become the 22nd player to achieve the feat. At the Rio Olympics earlier this year, Kerber won a silver medal for Germany. The aggressive left-hander has remarkable foot-work and court coverage. She has won 10 singles titles on all kinds of surfaces. Ganesha analyses her Horoscope to conclude that her purple patch will continue till August 2017, after which she is likely to face tough times.

Get Your Hand-written Janampatri By Our Experts.
Born with strong Mars, Angelique is a ‘born to win’ player. With Sun in Capricorn, she is highly determined and courageous. Mars in Scorpio makes her a tough player to beat. Jupiter is Swagruhi in her chart, giving her wisdom to handle the game. However, as Jupiter is with Rahu, in some important matches, her wisdom might not come to her rescue. She must handle the game with ‘force’ to win it rather than depending on her wisdom or intelligence, feels Ganesha.
Are you facing some problems in your career? Or, are you curious to know when will faster career progress take place? Then, you can order the personalised report – Career Ask A Question.

Transiting Jupiter’s aspect on her natal Sun till September 2017 remains in her favor. Ganesha foresees her winning some more titles till the time indicated. However, after that, she may face tough competition. Ketu’s transit over natal Sun from August 2017 is to give her hard times during which we may see fall of her career. This period of one-and-a-half years, starting August 2017 may remain very tough for the brilliant player, indicates Ganesha.