Mixed Bag of Fortunes for Captain Cool Dhoni; Stint as Captain May Continue till Around June '17... 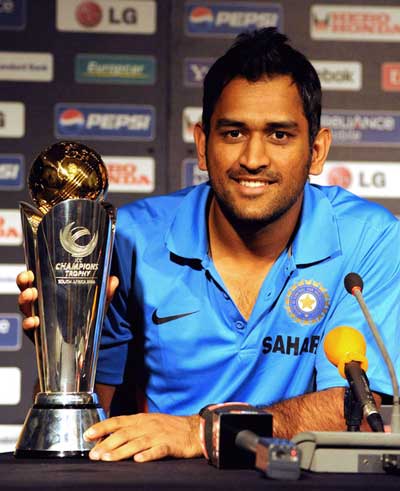 From a ticket collector to the Test Captain, Mahendra Singh Dhoni’s journey is the stuff that dreams are made of. After taking up the Indian Test captaincy in 2008, the raw and rustic lad from Jharkhand led his country to series victories in New Zealand and West Indies, and the Border-Gavaskar Trophy in 2008, 2010 and 2013. In 2009, Dhoni also led the Indian team to number one position for the first time in the ICC Test rankings. By far Dhoni’s personal ODI innings best has been his unbeaten 183 against Sri Lanka in Jaipur in 2005, inclusive of 15 fours and 10 sixes, which helped India chase down the formidable target of 299, and also catapulted Dhoni into the limelight. And, rest as they say is history! From leading Team India, as they became the World Champions to performing consistently as an excellent skipper (and a wicket keeper) in the One-day and 20-20 formats of the game and more – Dhoni has done it all. The man of steel, the Captain Cool, has also weathered spot-fixing allegations (still unproven) in IPL, stemming from other allegations of conflict of interest, him being the skipper of the team Chennai Super Kings. Dhoni announced his retirement from Tests in December 2014, after a drawn Test against Australia and coming under heavy fire from the media for his defensive tactics.
Will he be able to lead India to a second World Cup victory in 2019 and before that, will he be able guide India to another World T20 victory? And, how will the path ahead be for him?
Mahendra Singh Dhoni
7th July, 1981
11:11 (Unconfirmed)
Ranchi, Jharkhand, India