With many challenges in store, Ganesha predicts an uphill task for Paswan in the following year.. 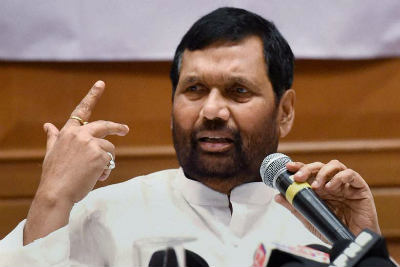 A seasoned politician from Bihar and the current Union Minister of Food and Public Distribution, Ramvilas Paswan is the president of the Lok Janshakti Party. He has won the Lok Sabha elections eight times and has also been a Rajya Sabha member. Paswan began his political career as member of Samyukta Socialist Party and was elected to the Bihar Legislative Assembly in 1969. He later joined the Lok Dal when it was formed in 1974, and became its general secretary. He opposed the emergency during Indira Gandhi’s time, and was arrested for it. He entered the Lok Sabha in 1977, as a Janata Party member from Hajipur constituency, and was chosen again in 1980, 1984, 1989, 1996 and 1998.

Ganesha here takes a peek at how he is likely to fare as a politician in the upcoming year.

Ganesha wishes a great time ahead to Ramvilas Paswan.