The Way Forward – An Astrological Perspective On Indo-China Relations

The relations between two Asian giants – India and China – have been through twists and turns during the past several years. Late Prime Minister Pt. Jawaharlal Nehru’s slogan of ‘Hindi-Chini Bhai-Bhai’ received a severe jolt when China overpowered Indian contingent in the Aksai Chin and controversial North-East frontier region in 1962. The battle was limited between two artilleries as neither Navy nor Air Force was called into action. The pitched battle only lasted for a month however it left deep scar into the minds of Indians. China’s aspirations to extend its borders are a contentious issue for the Indian government. Recent intrusion of Chinese forces into Ladakh region and Arunachal Pradesh has raised eyebrows and furore among Indians.

Is China aiming at India’s growth and goodwill? Will India react more aggressively? India and China hold important positions in as far as the world economy and international politics are concerned. Hence, their interactions are of great interests not just to the people of both the countries but to the world as well. Ganesha, with the help of Vedic Astrology, finds out what the future holds for India and China as far as their relations and diplomatic ties are concerned. 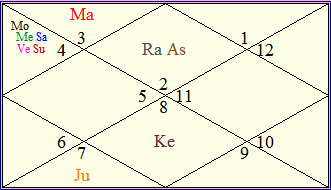 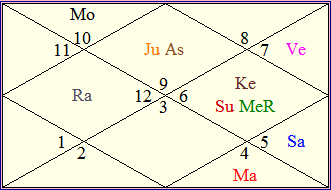 To sum up, Ganesha says that the Indo-China relations will get damaged further. China will continue to test India’s mettle and push India further. China’s hegemony in the sub-continent will remain a major concern and headache for India as it may try to encircle India through land, air and water and by increasing its reach towards the furthest region in Bay of Bengal. Besides, Rahu and Saturn will adversely influence India and China’s relations. Although there is no immediate concern or threat of full-blown war in on the anvil in near future, the relations between these two nations may become all the more delicate. India will try to guard its border through increased military patrolling and enhanced infrastructure in the Indian side of ‘Actual Line of Control’ (LAC) and also into the border region of Arunachal Pradesh. A few border intrusions and scrimmages will keep rattling and bewildering India. Unless India comes up with comprehensive military strategies to counter its powerful neighbour, India is likely to be caught on the wrong footing. India has to restrict China’s muscle flexing and adventurism through limited and planned military actions and counter offensive measures as these will act as deterrent against Chinese aggression.