The Outcome of the Canadian Election 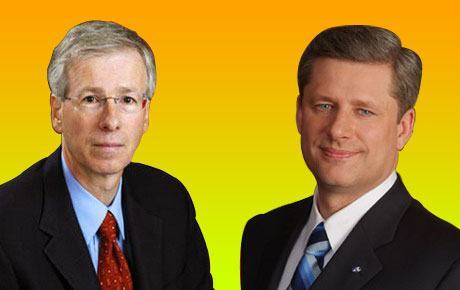 Introduction: Canadians will head to the polls in a general election on October 14, 2008 as by-elections which were going to be held in September, have been cancelled and replaced by the general election. The two major candidates standing in this election are Stephen Harper and Stephane Dion. Mr. Harper is the first Prime Minister from the Conservative party whereas Stephane Dion, a university professor, was elected as the 11th leader of the Liberal Party of Canada on the fourth ballot. Stephen Harper’s dream is to build a strong, united and independent Canada while Mr. Dion wants to integrate economic prosperity, social justice and environmental sustainability as strong pillars to support Canada. Ganesha foresees what will be the outcome of this election.

He has exalted Sun trine Saturn which makes him steadfast, strong, creative but stubborn.
He has Mercury debilitated placed with Ketu in square with Mars and Saturn gives him reforming tendencies but also makes him rather stubborn and quite complicated in the context of his plans and policies.

He has Saturn and Jupiter exalted with Mercury and Venus in exchange makes him very good at diplomacy and negotiation. He can inspire everyone to get along.
Mercury conjunct Neptune gives him innovative ideas and a sensitive nature capable of attracting people by his inspiring thoughts.

Prediction:
The transiting Jupiter trine Natal Sun looks good for Harper but the transiting Rahu is moving closer to Natal Moon in square with Natal Sun looks challenging for him. Jupiter is moving favorably in Dion’s chart during the elections so he looks quite upbeat in the election. Saturn is getting closer to conjunct the Natal Mars indicates a setback. It is not possible to predict precisely without the correct birth informations. But whatever information is available Harper looks marginally ahead of Dion. He may be ahead of the Liberals but may fall short to win a majority.