Despite being brilliantly ‘marshaled’ by Sonia Gandhi, all is not well with the United Progressive Alliance (UPA). The ruling party, which registered a landslide victory in the general elections earlier this year, is facing serious opposition on a series of issues, sharp inflation being the most damaging to its reputation as an able party.

Will the UPA government be able to repel the Opposition’s onslaught on a variety of issues, including leak of Liberhan Commission’s report, inflation and cross-border infiltration? Is the sudden inflation hinting towards the end of the UPA regime? Ganesha uses Vedic Astrology System to find out. 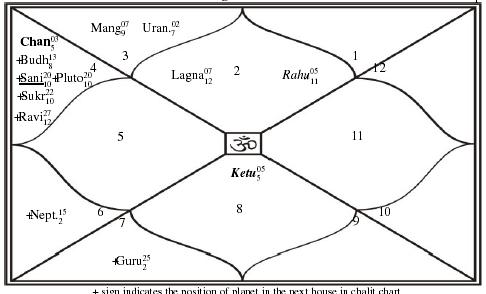 Transiting Sun entered Sagittarius on December 16, 2009 and will remain there till January 15, 2010. Mercury, Rahu and Pluto will also be situated therein. Currently, Mars is moving retrograde in the 3rd House of India’s chart and will remain there till March 10, 2010. So the period till March 10, 2010 will not be too good for the current UPA government.

The government may appear very confident due to transiting Jupiter in the 10th House, yet there will be stress and fear beneath the surface. Actions taken by the UPA government during this period will be a mere reaction to this stress and fear. But the results may not turn out to be as expected by them.
Rahu eclipses the Sun and is the greatest enemy of the Sun. Rahu symbolises destruction. There will be issues related to inflation, religion, minority, internal security and regionalism which will make life difficult for the UPA government.

Also, Mercury goes retrograde from December 27. So the government will be falsely convinced that they are on the right track and it’s only a matter of time that the things get back on track. But they will soon realise that this is not the case, which, in turn, will lead to more frustration.

Rahu-Sun-Mercury conjunction do not support any big moves during this time. It will only add to the prevailing agony and frustration. With Mercury and Mars both being retrograde during this period, it is time to check the effectiveness of all systems which the government relies on for effective communication, transportation and security. In India’s chart,Sun-Moon period will operate from December 28, 2009. Moon is placed with Ketu in the Navmansa. So there is likely to be an increase in agitations and ”bandhs” in coming months.