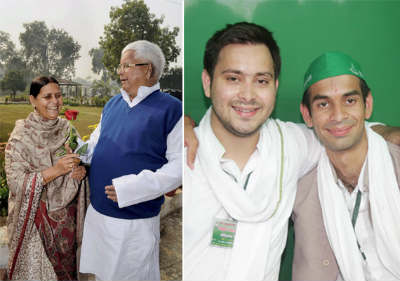 Rahu’s transit in Leo from Feb ’16 shall give rise to three Cs: Controversies, Confusion and Challenges!
Tejashwi Yadav is probably the most talked about 26-year old in the country currently. The younger son of the RJD supremo Lalu Prasad Yadav, Tejashwi, who has been appointed as the Deputy CM of Bihar, comes across as a political greenhorn but as a refreshing change to the otherwise veteran dominated world of politics. He is young, pleasant, amiable and has been expressing great regard for Chacha (Nitish Kumar). The other Yadav brother enjoying almost equal attention is Tej Pratap Yadav – the younger son of Lalu Yadav, who has been alloted the Health Ministry in the Nitish Kumar-led cabinet. Though both the Yadav Brothers do not seem to be have been blessed by the gift of the gab or the unique and earthy sense of humour like their influential father, they come across as inquisitive and flexible leaders, who enjoy an instant connect with the youth, and who are wanting to do something for the welfare of the stakeholders – the people of Bihar! Will the sons of Lalu Prasad Yadav be able to meet the expectations of the electorate of Bihar? Will their journey be a memorable one? What are the opportunities and threats awaiting the young duo? Find out the answers in the exclusive astrological perspective on the latest entrants into the Bihar political arena – the Yadav Brothers, by the experienced astrologers of GaneshaSpeaks.com!

The Starry Alignments:
An Important Trio Accentuating the Libran Grace…

Venus-Saturn in Opposition to Jupiter…

Starspeak From the Perspective of Lalu Prasad Yadav’s Horoscope…