Sushma will emerge as a fighter and overcome tough obstacles, predicts Ganesha 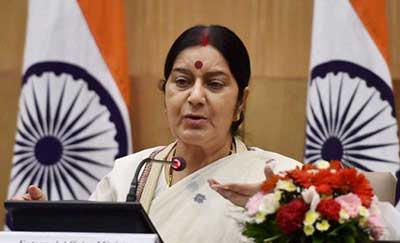 Former lawyer and the current Minister of External Affairs of India, Sushma Swaraj is an Indian politician and a leader of the Bharatiya Janata Party. She is the second woman to be India’s Minister of External Affairs, after Indira Gandhi. She has been elected seven times as a Member of Parliament and three times as a Member of the Legislative Assembly. At the age of 25 in 1977, she became the youngest cabinet minister of north Indian state of Haryana. She also served as 5th Chief Minister of Delhi, for a brief term in 1998. Ganesha here tries to analyze her performance as the Union External Affairs Minister in the forthcoming year.

[Owing to the unavailability of credible birth-time of Swaraj, the analysis and predictions have been done on the basis of the Solar Chart/ Surya Kundli with the help of her birth-date and birth-place only.]