How Will Allahabad Being Renamed Prayagraj Impact The City 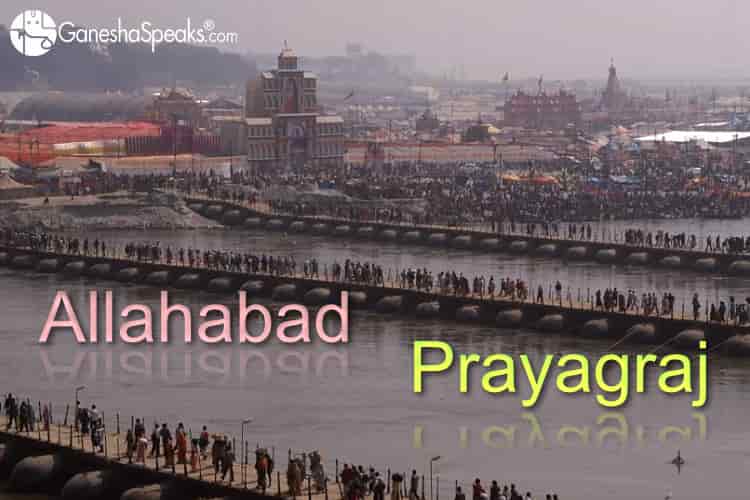 Does changing name make any difference? Well, as per Astrology, it does. The name of any person, city or place holds some numerical frequency. When the name is changed, there is bound to be an impact on the city. It is here that the time-tested science of Numerology comes into the picture. So, Ganesha has invoked Numerology to find out the changes that Prayagraj will witness as a result of the name change. Read on and know the numerological analysis carried out by Ganesha:

The name number of Prayagraj is 2, and thus it is ruled by the planet Moon. Moon symbolises water, emotions, compassion, healthy relationships. Therefore, the city with this name will be peaceful in nature. The new name can make the city more harmonious. In fact, there will be more understanding between different sections of society.

All Round Success After The Name Change Is Foreseen

Prayagraj may become more vibrant and a happening city. People from different walks of life may come together to make the city grow. The city under the new name may become a prominent centre of business and investments.

There Will Be More Unity And Uniformity

Besides, the city under the new name may prove to become a melting pot. There will be a lot of unity in the city and differences related to caste, creed, and religion will not matter. The city will witness unity and more uniformity in matters of religion, spirituality, music, food or humanity. Do you want to know the future of your career? Buy the Career Ask A Question Report.

The Soul Urge number of the new name is 3. This points to more hope, joy, expansion, and beauty. The new name will trigger more creativity, positivity, inspiration. This will energise the overall atmosphere in the city.

Besides, the personality number of Prayagraj is 8. This indicates that the residents of the newly renamed city will have the ambition to rise higher with determination and energy. This dynamism and energy of the residents will combine and forge a golden destiny for the city.

City Will Choose The Right Approach For Growth And Development

The Expression Number for the city’s new name is 20. This will act as a catalyst in the city’s growth and development as foreseen by Ganesha. This number may lead the city to a more habitable place, as the psychic energy of its residents will enable them to choose true from false.

Big Projects To Develop The City Will Be Successful

The foundation letter (the first alphabet of the new name) is P. The vibration of P stands for philosophy, progress, and prestige. This also shows that the big projects that will be undertaken to develop will be successful.

The end letter is J which points to proper co-operation and co-ordination. Thus, it shows that all the stakeholders will take the city’s development in a united manner. So, vested political interests to derail the development process won’t succeed. Also, the first vowel of the city is A, which shows determination.

Considering all the parameters, the new name Prayagraj will kickstart a new phase of peace, harmony, growth, and development in the city.