Distress, Controversies and Legal Hassles Foreseen by Ganesha for Kerala CM Chandy in 2016! 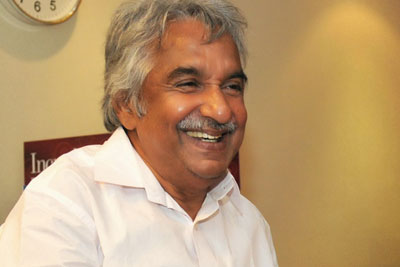 Oommen Chandy – the powerful CM of Kerala is one powerful politician, who has enjoyed great influence and importance in the politics of the southern state. The shrewd politico who holds a LLB degree, has been the incumbent as the Chief Minister of Kerala since May 2011 and he held this position even earlier from 2004-2006 and in total he has taken oath as the CM four times. Currently, this seasoned leader has got surrounded by a huge controversy, which revolves around the alleged ‘Solar Scam’ and many are even demanding his resignation! Only time will tell what will happen to the powerful leader, but we can surely get an idea of how the road ahead may be for him with the help of Ganesha’s Solar Horoscope analysis. Read on…

The Starry Picture of the Popular Politico:
Oommen Chandy has the Sun placed in the airy Sign of Libra and it is in exchange with Venus which is a strong Rajayoga called the Parivartana Maharajayoga. Also, he has the Venus and Jupiter conjunction in Leo. This conjunction falls in the 10th house from the Natal Moon. Due to such strong planetary configurations in his chart, Chandy started his political career from a young age and was active right from student politics and emerged as one of the strongest political leader of Kerala. He has represented the Puthuppally Constituency for decades. The well-placed planets have definitely played a very significant role in his rise to power.

The strong planets indicate his patience, perseverance and skill to fight for so many years through the maze of Indian political system and survive. It also indicates his ability to know what is on the other side of the mountain. It indicates his strong character, mental and physical endurance to fight for a particular cause. The Sun-Venus exchange and the enhanced Sign of Leo indicate great leadership acumen and the ability to understand the masses well.

Current Astrological Picture and The Path Ahead:
Currently, the transiting Saturn is moving over his Natal Moon, which means that he is going through the Saade Sati of Saturn. Saturn’s Sade Sati can be a distressing and struggle-ridden time, combined with disappointments, delays, challenges and relationship issues. Not all of his endeavours will reap rich fruits and give him the desired satisfaction, says Ganesha. He will have to be cautious on various fronts and shall be very sure and well-prepared before initiating new projects or ventures.

Also, the transiting Rahu is moving over the Natal Venus and Jupiter in Leo. So, he has been facing enormous pressure and legal hazards. The current Solar Scam controversy can be attributed to this combined malefic influence of Saturn and Rahu. The transiting Saturn in Scorpio may remain stressful for him and he might undergo a legal battle. The transiting Mars’ prolonged stay in Scorpio will also increase his stress level. He will be struggling to keep his public image clean. There will still be a lot of allegations that will be put on him, and there will be several hurdles in his path. Ganesha says that the period between 2nd March, 2016 and 4th July, 2016 will be extremely sensitive for his political career.

However, he will be able to find legal solutions and thus will be able to tackle the high-pressure situations. But, the transiting Rahu in Leo during the year 2016 may continue to bring severe problems for him. So, the period till August 2016 may not allow him to settle down. And, it will be an herculean task for him to come out clean and unscathed.