Obstinacy and miscalculations can cause great loss to Nitish; should be more flexible! 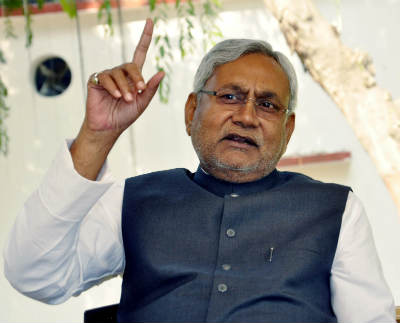 A strong Mercury gives an edge to Nitish Kumar...
However, strained relations with his allies may not let him achieve the desired success in Bihar Assembly Elections 2015.
One of the top contenders in the upcoming Bihar Assembly Elections, Nitish Kumar, the reigning Chief Minister of Bihar, is a formidable force. The popular yet oft-criticised CM of Bihar, credited to have initiated a series of developmental and constructive activities in the ailing Eastern state, has been known for his headstrong and ambitious approach. Also a senior JD (U) leader, Kumar, who resumed CM office in February, 2015, is well liked by the masses. What lies ahead for this firebrand politician? Finds Ganesha.
March 01, 1951
Time of Birth: 13:20
Place of Birth: Bhaktiarpur
NATAL CHART