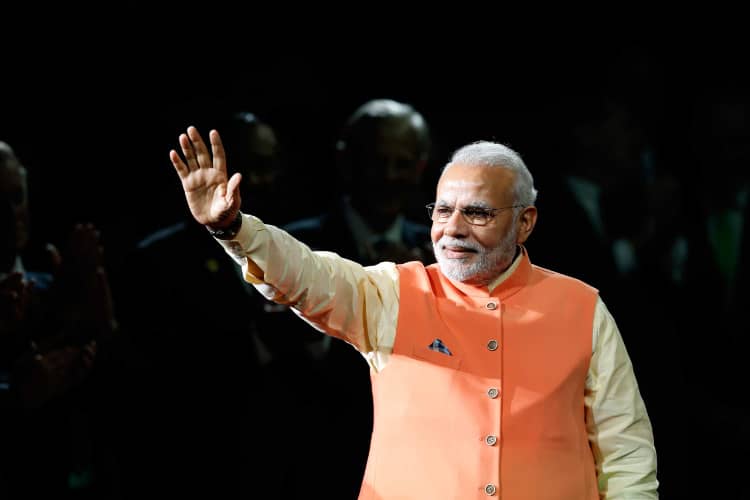 Hate him or love him, but you can’t ignore him! Narendra Modi, the feisty reigning Chief Minister of Gujarat and now the Prime Ministerial candidate of BJP in the 2014 General Elections, makes his presence felt wherever he goes, wherever he speaks and how! Mr. Modi, who has turned all the adversities into opportunities, has not let his opponents and critics have their way till date. He knows how to raise issues, how to address people, and most importantly, he knows what to talk about. There is no denying that his speeches make a lasting impression.

However, controversies have never left him alone. Even as the 2014 LS polls loom large, the ghosts of the Godhra riots of 2002 stil continue to haunt him, with an additional pressure of numerous allegations hurled at him and his ‘development’ agenda by an equally, if not more, feisty AAP supremo Arvind Kejriwal – who also happens to be his opponent at the Varanasi seat.

Needless to say that Gujarat’s longest-serving CM has seen and handled it all even earlier – with a stoic calm and his fierce oratory ability. And, it’s undeniable that when it comes to the popularity of any one candidate in 2014 Elections, Mr. Narendra Modi seems to be ruling the roost.

Will Mr. Modi manage to suitably impress India’s awakened masses? Will his party, the Bhartiya Janata Party, manage to make it to the centre, riding on his mass appeal? Well stars can tell! Ganesha takes a look at Modi’s Birth Chart to predict his fate in the General Elections 2014.

Jupiter, being the Lord of the 6th House in his Birth Chart is presently transiting through his 9th House of fortune. His yogakaraka planet Saturn is transiting with its friendly planet of Rahu through Modi’s Ascendant House.

All the aforementioned planetary forces indicat a highly favourable time for Mr. Modi, as far as these Lok Sabha Elections are concerned.

Modi is definitely going to spread attractive vibes by his speech and eloquence. His methodical approach and ability to appease voters will be clearly seen in 2014 Elections.

In short, the impact of Modi wave will bring a remarkable victory in Gujarat.

However, he is likely to face a stiff competition in Varanasi, and even if he wins, the margin of votes will not be very high. Yet, the MODIfied impact will bring a significant victory for him in Varanasi as well as Baroda – both the seats he is contesting elections from.

Summarily, as far as Lok Sabha Elections 2014 are concerned, the desired success for Mr. Modi is expected both from the Baroda seat and Varanasi.