Stars favour PM Modi to hasten reforms and progress, but opposition blues may continue to haunt him! 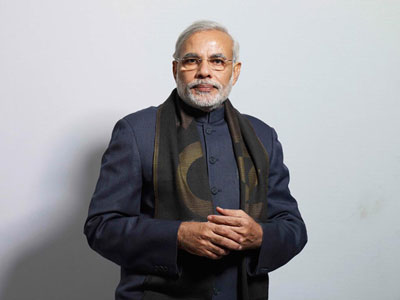 Ganesha's special advice:
“Dear PM Modi, there is an environment of volatility in the markets, especially owing to the effects of Rahu, so try to focus more on matters of finance and economy and motivate the Finance Minister and the economic experts to strengthen the policy-making process.”
The unavoidable?!
Expect the opposition parties to keep making things tricky for the PM, says Ganesha!
Read on...
One among the top power wielders and undoubtedly one of the most popular political leaders globally - Narendra Modi will witness a deluge of warm wishes and greetings coming in from all directions on 17 September! Yes, it's his birthday and the social media platforms are going to get electrified, what with the PM himself being so techno-savvy! The enigmatic man, who is reported to work for 18 hours a day, has been working along with his team on various fronts to enhance the situation in India and to empower the economy. We would only pray that he remains as charismatic and energetic even in the year ahead and that he takes India to greater heights! On this special occasion, Ganesha draws up an astrological blueprint of his year ahead and discusses how the time till his next birthday may be.
Narendra Modi
Date of Birth :-  17th September, 1950
Time of Birth :-  10.10
Place of Birth :- Vadnagar, Gujarat, India
NATAL KUNDLI

Important Astrological Observations:
Astrological Predictions:
Ganesha wishes a most happy birthday to Narendra Modi and best of luck for his future endeavours.
With Ganesha's Grace,
Rantidev A. Upadhyay
The GaneshaSpeaks.com Team
Share