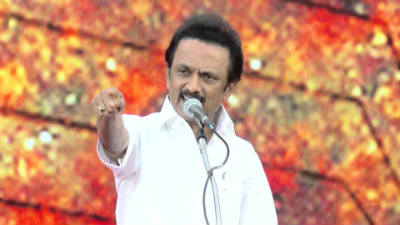 MK Stalin, who has courted controversy several times, is a Tamil Nadu politician, a state which he served as Deputy Chief Minister from 2009 to 2011. He also served as Mayor of the state’s capital Chennai from 1996 to 2002. He was highly praised for his work during his term as the Mayor and is given credit for changing the landscape of Chennai and turning it into a metropolis. Stalin is the third son of DMK supremo MK Karunanidhi, who has named him as his heir apparent. Stalin serves as the Treasurer and the Youth Wing President of the DMK. Stalin began his political career at the age of 14 when he campaigned in the 1967 elections. In 1973, Stalin was elected to the General committee of the DMK. He shot to fame when he was jailed under the Maintenance of Internal Security Act (MISA) for protesting against the Emergency imposed by Indira Gandhi.

The election season is nearing in the southern state of Tamil Nadu and the political arena is likely to get electrified. Let’s get an idea of what the planets indicate about MK Stalin and his fortunes in the upcoming grand electoral battle.

[Owing to the unavailability of credible birth-time, the analysis and predictions have been done on the basis of the Solar Chart/ Surya Kundli with the help of Nehra’s birth-date and birth-place only.]

MK Stalin and the Stars:

The Upcoming Battle and his fortunes: