Stars Do Not Seem To Be Aligned Completely In Mufti’s Favour; Turbulent Times Till April 2017 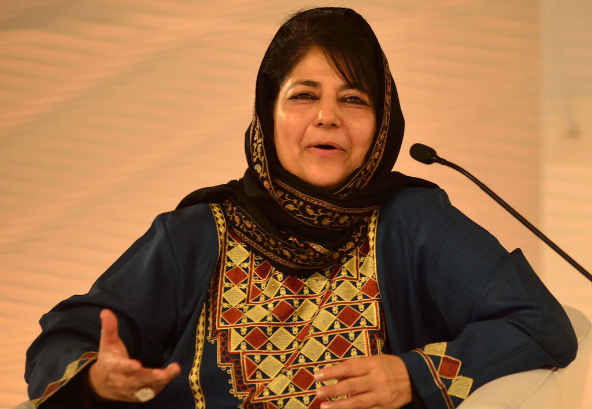 Mehbooba Mufti – the first woman Chief Minister of the valley State of Jammu and Kashmir and the daughter of the former CM of the state – (Late) Mufti Mohammed Sayeed, had ascended to the top position on the 4th April, 2016. There have been a lot of hopes from her and many are expecting her to bring solutions to burning issues in the valley, and she has also shown promise. But, unfortunately, the situation in the bordering state has been getting complex with each passing day, and various elements – external and internal, are instrumental for the downward spiral of the state’s condition. But, will she be able to keep the mischievous elements under a leash and deliver strong governance? Let’s get to know in this article, wherein, Ganesha analyses various astrological factors and presents a picture of what lies ahead for the woman CM.

Please Note: The astrological analysis and predictions in this article are based on two aspects or basis: 1) The Planetary Chart during the Oath-taking ceremony of Mehbooba Mufti as the Chief Minister, and 2) Her Solar Chart.

Challenges In Maintaining Law and Order

Mufti’s Solar Chart Analysis and The Path Ahead:

Are you confused about the right career field or the business prospects for you? Then our exclusive personalised report Suitable Career/Business Field For You is just the right solution! Order now to get a special 60% off!