The Mayawati Factor Will Make The UP Elections A Fierce Fight, Feels Ganesha 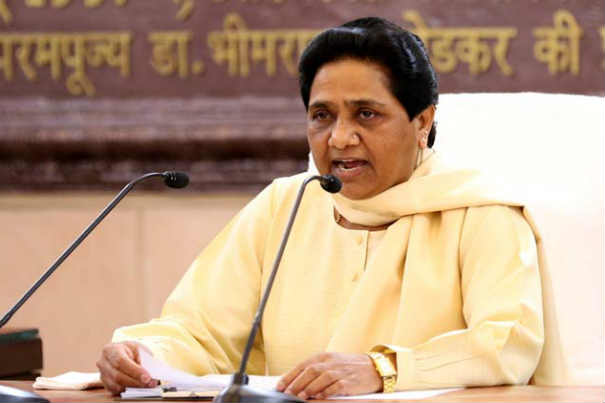 Mayawati is a prominent force in UP Politics and having helmed the state for 4 terms, the lady knows the intricacies and understands the mood of the masses well. Elections are round the corner in Uttar Pradesh and various people are wondering how Maya may fare and whether she has a strong chance of making it big in the big battle. Ganesha feels that the transiting Jupiter will help her to give a good fight and to stay in the race. Other adverse planetary configurations may not let her achieve results as per her expectations.

The Astrological portrait of the BSP chief:
Ganesha notes that the BSP Supremo Mayawati is currently under the influence of Mercury major period and the sub period of Mercury. The Lord of the 9th House of fortune – Mercury is placed in the Ascendant, in conjunction with the Sun and the Moon.

In what ways this special combination will help her?

According to Ganesha, the presence of prominent planets in the Ascendant itself indicates a strong personality and good leadership skills. This configuration indicates a good connect with the masses and great influence.

How the transiting Jupiter in Virgo will help her:

The transiting Jupiter is aspecting the Natal Sun and Moon which will enhance her capacity for hard work. Jupiter’s positive influence will also help her to find the right direction and to motivate her party members. Due to this bright aspect, she will be able to perform well despite the challenges and give her opponents a run for their money.

Ganesha feels that though Jupiter’s positive aspect will help her to a great extent, the transit of Rahu over Natal Jupiter and that of Ketu over Natal Venus will not augur well for her. This transitory influence of the nodes may dent her image and may drag her into controversies. Thus, she will have to proceed with caution.

Support from the media:
But, as transiting Jupiter is casting an aspect on her Natal Mercury – the Karaka of the media and communication, she may get good support some sections of the media.

Do Not Miss: Don’t Expect PM Modi To Get On To The Back Foot Now; Ganesha Foresees More Key Changes

Apart from this, the back and forth transit of Saturn in the Signs of Sagittarius and Scorpio may create some turbulent situations for her and her party.

The Overview:
Considering the overall picture, it is likely that her party’s vote share will increase in the upcoming elections and that she will be able to convince some sections about her abilities as the better leader. Her support base is also likely to swell.

The possible threats:
Ganesha feels that her image may get a boost in the coming months, some issues of the past may come back to haunt her. Moreover, there is a possibility of a war of words taking place between her and her rivals, and this may even snowball into major issues. Thus, it would be better if she makes calculated statements.

The conclusion:
It seems that Mayawati would be receiving decent support from the stars and that she can capitalise on the current situation. Good success is foreseen if she is able to play her cards well. But, owing to Saturn’s unusual movement in 2017, complacency may prove to be costly for her.