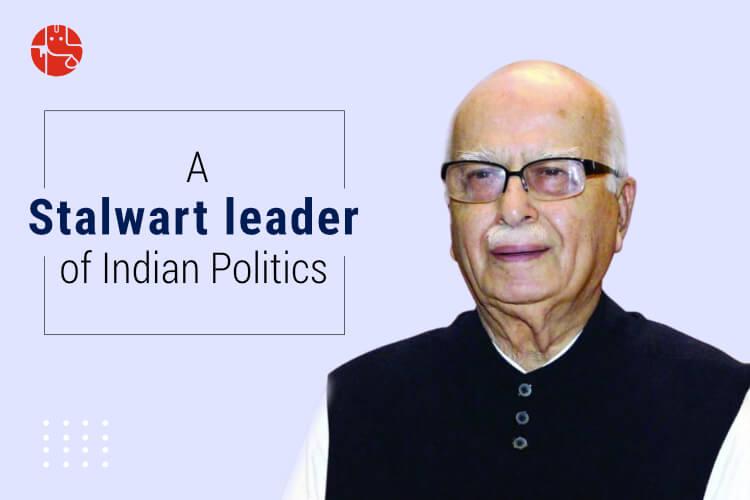 L. K Advani is a Political Stalwart, a leader who has distinguished himself through hard work and dedication towards our nation. He is the senior leader of the Bharatiya Janata Party and has been considered paramount in contributing to making Bharatiya Janata Party. Advani began his political career as a volunteer at Rashtriya Swayamsevak Sangh (RSS) and again from 1998 to 2019. In 2015, he was honoured with Padma Vibhushan- India’s second-highest civilian award. Shri L.K Advani Ji toiled for decades to give shape and strength to BJP and emerged as a dominant pole of Indian Politics. For decades, his guiding principle has been “Nation First, Party Next, Self Last” and in all situations, he has been adhering to these words. He has always envisioned an idea of a strong and prosperous nation and held steadfastly to his ideas.

As the veteran BJP leader celebrates his Birthday on 8 November 1927, let’s find out what his chart communicates about him based on his Surya chart.

To know your future prospects and opportunities ahead, Get Personalised Janampatri Now!

Surya chart of L.K. Advani :- Senior Most Leader of BJP

As per the Zodiac Sign Scorpio, L.K Advani will be under the influence of the major period of Saturn and sub-period of the moon that will end on 21st November 2021. Rahu will transit over the planets posited in the 2nd house, and Saturn will aspect the planets posited in the ascendant of the Surya chart. Jupiter will aspect the Moon in 7th house and then Jupiter will enter Capricorn on 19th Nov, 2020.

A Men of Unbreakable Veracity

L.K Advani is one of the most senior political leaders of BJP and gives his unbreakable service constantly. In the coming period, he will be under the influence of Yoga Karaka Saturn’s that might make him more responsible for providing in-depth services to the party behind the curtain. The exalted Rahu in his Surya chart may give him true, scientific, technical, and complicated sort of political sense that he might use for the benefit of all Indians till the last breath.

Want to know your true intention and aim for the future, then Get free personalized Janampatri Now!

As said above, the supremacy and dedication towards the party will be imminent. Based on his intellectuality, this senior BJP leader may turn down party election tickets of whatever area or city is offered. Saturn, the lord of the 4th house posited in the second house, indicates that he may be taking rest during the balancing year of his life and spend the worries and peaceful days with family.

Beating a hasty treat is seeming on the way

As per the Astronomical Observation, the Sun, the lord of the 11th house, is debilitated in the Ascendant. Natal Sun is having a malefic effect of transiting Saturn makes it clear that he may retreat from taking part in any race for the position such as honorary, political, government related or offer of any higher social status.

To know the effects of Saturn on all aspects of your life, Get Saturn Transit Report Now

The Two Great Leader May Speak The Same Language

Advani Ji is the kind of person who acts as he thinks and does accordingly. He is of crystal mind. The lord of the 10th house that indicates the Government respecting the Ascendant from the 7th house is making clear that he and Prime Minister Modi may form a cordial, smooth and everlasting relationship in the coming period.

The Imminent Health is looking promising

L.K Advani who is currently undergoing the influence of Yoga Karaka Saturn that is transiting in Capricorn and aspecting the Ascendant. Jupiter, the lord of the 3rd house, posited in its sign Pisces and the lord of the 12th house Mercury posited in the Ascendant, indicates that Advani Ji may be enjoying a healthy and fit lifestyle during the year 2021.

To know what’s your health says about your for the year 2021, check out Our Free Health report 2021

We wish this veteran political leader a very happy birthday and a great future ahead.