An uncertain terrain lies ahead for Rijiju, but his confidence shall remain untouched… 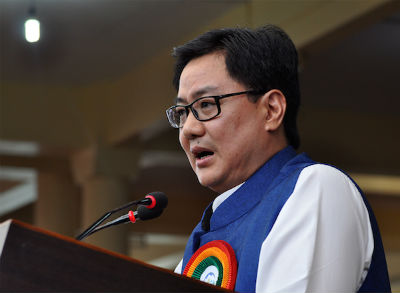 The face of Bharatiya Janata Party (BJP) in North East India, Kiren Rijiju is the most iconic political leader from Arunachal Pradesh. He is often referred to as the “voice of North East India”, and occasionally writes articles on security & socio-economic issues. Rijiju was placed among the top 5 opposition MPs reviewed by their peers in the treasury bench based on high benchmark in debates, discussions and decorum and was placed among stalwarts like LK Advani. He was also chosen as the best young MP by many national newspapers and English fortnightly magazine. Kiren Rijiju was an active social worker since his school days; he led various social movements as a social worker and student leader. Let’s check out what Ganesha has to say about his future path in 2016…

[Owing to the unavailability of credible birth-time of Rijiju, the analysis and predictions have been done on the basis of the Solar Chart/ Surya Kundli with the help of his birth-date and birth-place only.]