“The understanding arrived between Modi and the UAE leadership on the nature of the threat from terrorism, and the measures needed to counter it go much farther, and are far more explicit.” reads the story from a top Indian newspaper. Prime Minister Narendra Modi’s recent visit to the UAE – in the capital city of the group of seven Emirates that form the United Arab Emirates or UAE – has risen hopes and eyes both. PM Modi calls the new arrangement with the UAE as a ‘strategic partnership’ with which both the nations hope to counter terrorism and co-operate on security matters. Although, much hasn’t been said about India’s relationship with this critical area, UAE’s relations with Pakistan have always undermined the rapport between India and UAE. Will that get addressed and resolved, given this recent development?
“The new chapter will be marked not just by an even-handed approach by the UAE to India’s disputes with Pakistan, but an unprecedented political endorsement of Delhi’s concerns about violent extremism, and a strong commitment to jointly combat the sources of terrorism in the subcontinent and the Middle East.” 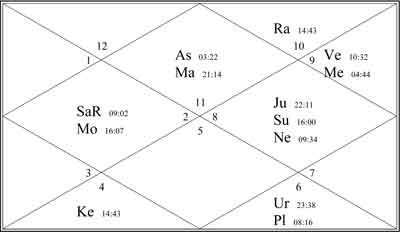 Astrological Predictions
Considering the planetary positions and the transiting planets in the respective Natal Charts of India and the UAE, Ganesha makes the following observations –

Ganesha wishes peace and good times ahead for both India and the UAE.