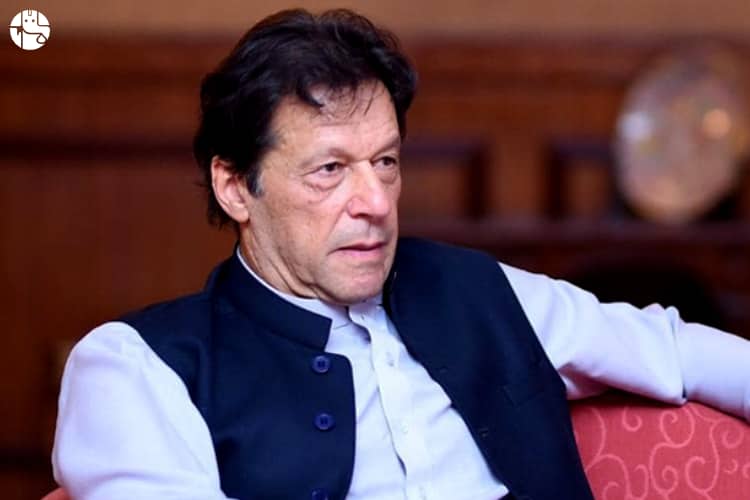 Imran Ahmed Khan Niazi, popularly known as Imran Khan, is currently serving as the 22nd Prime Minister of Pakistan and is also the chairman of Pakistan Tehreek-e-Insaf, a centrist political party which was also founded by Imran Khan himself. Prior to his political career, Imran Khan was one of the most celebrated members of the Pakistan National Cricket Team.

Imran Khan was educated at Aitchison College in Lahore, Royal Grammar School at Worcester and later at Keble College, Oxford. Parallel to his education, he had started playing cricket from an early age of 13 years. At the age of 18, he made his debut in international cricket as a part of the Pakistan National Cricket Team. His journey with cricket brought him great fame. Between 1982 and 1992, he periodically served as the captain and during his captainship, he led the team to victory at the 1992 Cricket World Cup.

After retiring from cricket in 1992 as one of the most notable players, Imran Khan dedicated his time to philanthropy and politics. Since then, his political career has spanned over more than two decades with a fair amount of ups and downs. However, beginning from 2011, Imran Khan began to rise and was also recognized as one of the main opposition to the Public Muslim League. In August of 2018, Imran Khan secured a majority of votes and became the 22nd Prime Minister of Pakistan.

On his 67th birthday, Ganesha takes a peek into his horoscope and draws a picture of what the upcoming year looks like.

According to Vedic Astrology, his Sun is placed in the Virgo sign. This factor indicates that Imran Khan is sociable and friendly by nature. He is quite analytical and introspective and is very thoughtful. He is also a keen observer. At times though, he may be suspicious, reserved and temperamental.

Currently, transiting Saturn is aspecting the 10th house of career or Karma. It is also aspecting the natal Sun, Saturn, and Mercury. This tells us that the overall period till January 2020 could prove to be unfavorable and his political career could be a bit of a concern. There are chances that his enemies or ill-wishers may conspire against him and hence, he will have to be careful in this regard. During this critical period and with the events it could unfold, Imran Khan may have to undergo humiliation and defamation.

Currently, he is under the influence of the Jupiter major period and sub-period of Mercury. Mercury is exalted in his chart and is placed in the 10th house of karma which should help him stand firm against adversities. However, his political career may witness several ups and downs during this period. His government may face immense pressure on domestic as well as international front. Even though he may be able to bring about some positive changes in Pakistan but his political career may be brimming with challenges.

Post February 2021, Imran Khan will be under the influence of the Ketu sub-period and the period between March 2021 and January 2022, may again result in new problems for political career. Overall, his political career could be in jeopardy.

The planetary combinations in the horoscope of Imran Khan indicate that he will have to take proper care of his health. While jammed with work and the stress of overcoming challenges, adequate attention might be required or his health may take a hit. The period till January 2020 may be especially crucial and could also result in older ailments resurfacing.

The forthcoming transit of Jupiter, November 2019 onwards, should help him in consolidating his position. However, Saturn’s influence may bring some drastic and unexpected changes in his life.

Ganesha wishes him all the best and many happy returns of the day. May Lord Ganesha grant him success in all his endeavors.