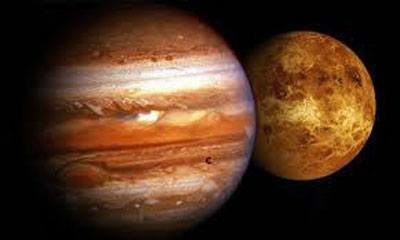 As Jupiter, one of the most powerful forces in our solar system enters the sign Sagittarius, a more positive feeling comes to the fore. Jupiter’s positive, expansive and fortunate characteristics are perhaps best expressed in this sign.

Here is a brief outline of the effects on political scenario as Jupiter enters Sagittarius for a period of twelve months.

In BJP’s chart, the transiting Jupiter would be moving in the 7th house. This astrological phenomenon indicates expansion as Jupiter is the 10th house lord and becomes strong by occupying its own house. It will boost the party’s moral as BJP is now passing through Venus-Saturn-Jupiter period and natal Jupiter is in exchange with Sun. So the transiting Jupiter in Sagittarius may reduce the adverse effect of transiting Saturn. It will surely help BJP to regain power in some states. BJP might be interested more in tactical alliance, both official and unofficial. IT may also be helpful in bringing some of its lost allies back to its group again.

In Congress chart, the transiting Jupiter would be moving in the 10th house strengthening the house considerably. Jupiter is the Ascendant Lord in this chart, so there will be tendencies to take strong stand on some disputed issues in order to create individual image and identity. Party will try to go ahead on its own and may not allow the other party to dominate. The transiting Jupiter will be aspecting the natal Jupiter and this will surely help the party to regain the confidence and restructuring the party organization.

IN Sonia Gandhi’s chart, the transiting Jupiter would be moving in the 6th house over the natal Mars. She is currently under the influence of Mercury Mahadasha and Jupiter Bhukti as well. The transiting Jupiter will surely help her to remain as leader of the Party with a strong resolve. She will be the guiding force of the Congress Party and the Government.

The transiting Jupiter will be favourable for L. K. Advani in year 2008 and he would gain some of his lost ground back. He may come in the forefront again playing important role in coming elections. However, it does not promise the position of Prime Minister or likewise.

The transiting Jupiter in Sagittarius will be a good period for Lalu Prasad Yadav. He will be able to maintain his individual position but he will have to deal with the growing decedents and the division and tensions. It also shows diplomatic handling and tactful dealing with the opposition in the year 2008.

For Atal Bihari Vajpayee, the Mahadasha of 2nd lord Jupiter is in influence, which is combust by Sun and placed in the 2nd house aspected by Saturn. He will continue to hold a key position in BJP in this phase and may play crucial role in policy matters but there will be time where he will have to deal with many controversial issues.