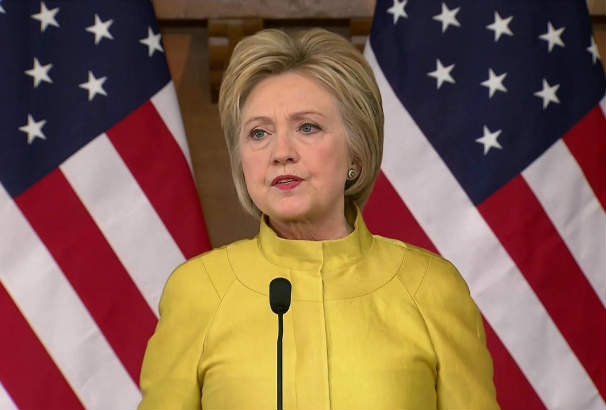 Hillary Rodham Clinton is the first female candidate to be nominated for president in the United States by a major political party. Wife of former US president Bill Clinton, Hillary is the top contender for the job of the most powerful person in the world. The US elections 2016 will be held later this year. She is a vocal proponent of raising incomes, making improvements to the Affordable Care Act, opening different avenues for undocumented immigrants to gain citizenship, expanding and protecting LGBT and women’s rights, and instituting family support through paid parental leave. After analyzing her Horoscope, Ganesha feels that even though she has favorable stars, she will struggle during the campaign.

Analysing Clinton’s Political Prospects:
Hillary Clinton has Libra Ascendant and strong Venus placed in the Ascendant with Sun. This makes her able to portray her image as a compassionate and empathetic leader who truly wants to make the country a better place.Libra is a cardinal sign, so she is always in action, initiating change wherever she feels right. Also, being an air Sign, the changes that she wants to bring are often intellectual in nature. She wants to expand the constructs of the mind and having various solutions to any problem is a part of her thinking process.

She is a person with strong feelings and an instinctive knowledge of what others hide behind the facades. She also has the ability that enables her to get down to the nitty-gritty of things. One of the hardest things for her to do is to make a proper decision. When she makes a decision quickly without carefully weighing all the options, she makes the wrong choice. And that is not a good sign for any leader or politician.Yogakaraka Saturn placed exactly over the mid-heaven looks wonderful and forms a strong Rajyoga. It indicates her determination and strong character. It makes her a leader who likes to lead from the front. Such a strong chart makes her a charismatic leader.

The mutual exchange between the Moon and Saturn makes the chart very special. Moon is also the Atmakraka, and a strong Moon is depicting the huge mass appeal and support she is gaining from others. It gives her strength and flexibility to be able to move out of demanding situations. It is an excellent Rajayoga and gives her endless perseverance. But, it also indicates emotional volatility and she gets easily irritated. Mars is debilitated in the 10th House. So, she has struggling so much for someone who has such a long and complicated political career. However, Mars is exalted in Navmansa and is placed with Saturn in the 10th House giving her drive and ambition to overcome criticism and resistance which also shows her repressed anger.

Also Read:Sensationalism May Turn Out To Be Donald’s ‘Trump’ Card, Feels Ganesha
She has Jupiter-Ketu conjunction in the 2nd House. When these two Planets are in conjunction, the combined effect of their powers is rather strong and negative. Due to such planetary configuration she was investigated and castigated for various controversies and irregularities.
She is currently running Sun Mahadasha and Rahu Bhukti. Sun is lord of the 11th House (House of gain). Sun is placed with Ascendant Lord Venus. Sun is in the Nakshatra exchange with Rahu which is an indication to get “crowning glory.” Rahu, is in the Sign of Taurus, where it does its best work. At the same time, Moon is in Aquarius. So Moon and Rahu deeply collaborate to form a powerful yoga. Jupiter will be aspecting her Natal Rahu which will help her overcome impediments. But, Rahu in the 8th House (House of adversities) may bring unexpected or sudden reversal of fortune. In this context, though she will be empowered in many ways it will be a tough task for her to tackle the strong opponent.

Are you confused about some issues currently and are not sure how things will work out? Have you been on the lookout for proper guidance to end the confusion? Then get the Ask Any Question Report, in which you can ask a question of your choice and get effective solutions.