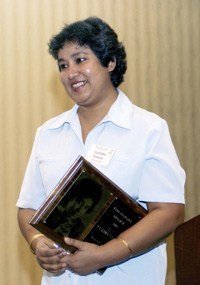 The Bangladeshi writer, Taslima Nasrin has been in the news of late due to her “anti- Islamic writings”. A prominent Muslim cleric demanded an apology from her for her remarks on Islam. She has gone into hiding after this. Ganesha examines her lagna chart to predict her future.

Taslima has Sun placed in the Fiery Leo with Pluto. There is a distinctive force to people born under a Sun-Pluto conjunction. Self-knowledge and psychosomatic revolution are their priorities and goals. Because the ego (Sun) is attached to the Transformative Pluto, such people experience many periods of self-renewal. They offer themselves to frequent periods of forceful self-analysis.

With her natal Venus in conjunction with her natal Mercury, she is no doubt as charming as can be and the placement of Venus-Mercury is more prominent due to the placement in Virgo sign. It also gives a strong sense of fairness and does not offend others without any just cause. Others are seldom threatened or apprehensive about her, mainly because of her friendly nature and social grace. She is willing to listen to anyone’s opinions and suggestions before making major decisions but once she takes decision she does stick to them anyhow due to royal Sun’s effect in her chart. Venus-Mercury conjunction is also responsible for her wonderful literary skills.

Saturn-Ketu conjunction gives her rebellion type affairs including steps to over-throw the orthodox spiritual beliefs. She also has retrograde Jupiter in her chart giving her totally different religious beliefs and sometimes this contradictory viewpoint creates confrontations with others.

Currently, the transiting Saturn is moving over the natal Sun, which is the significator of authority and ruling class causing many problems. The effect is more prominent due to Saturn’s conjunction with Ketu. Although she has asked her publisher to delete the controversial parts from her book Dwikhondito and apologized publicly, she may continue to face one or the other problems in future as well. The Indian government might provide her all the security and will also allow her to stay in India. But the period around March 2008 seems extremely stressful for her and some kind of controversy might crop up again and she might find herself in very awkward conditions. She will have to be very careful about her safety and should take all the required precautions between August and December 2008 to avoid any mishaps, as there are very strong chances of offence against her physically as well as mentally.