The worst may be yet to come for Bangladesh, foretells Ganesha

Peace and harmony are yet again gone for a toss in Bangladesh following the verdicts delivered by the International Criminal Tribunal for Bangladesh, sentencing Delwar Hossain Sayeedi, a Bangladeshi politician, to death. Sayeedi has been charged for murder, torture, and rape during the country’s war of independence 1971. While the verdict has received a positive response from his opponents, Sayeedi’s Islamic Party, Jamaat-e-Islami, has locked horns with police over the tribunal’s decision. As a result, there have been some violent protests all over the country in which a number of people have died whereas hundreds have been injured. The clashes have been so deadly that even military intervention has proved of no use.Is it going to get worse from here for Bangladesh? Is there any ray of hope? When will the things settle down? Ganesha analyses Bangladesh’s National Horoscope and finds out what’s in store for the country. Read on to find out more. 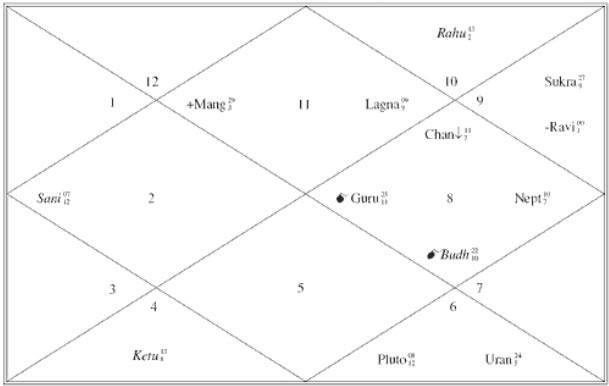 In Bangladesh’s country chart, Venus-Jupiter-Saturn period will commence from 24th April, 2013. The transiting Saturn is passing through the 9th House with Rahu. Besides, the retrograde Saturn-Rahu conjunction falls in the 12th House from the natal Moon.

Moreover, the forthcoming lunar eclipse will also have a strong impact on Bangladesh. These planetary positions indicate that Bangladesh will be facing intense protests in the near future. According to Ganesha, there will be new twists and turns everyday. Resultantly, social inequality and conflicts will be aggravated.

A process of political mobilization will take place and marginalized groups will be empowered. The role of political parties may become more intense, indicating a systematic political crisis touching upon the foundations of the socio-political structure of Bangladesh. The activists of fundamentalist groups will try to disrupt the social harmony of the country and fractions within the Bangladesh’s social and political system will be clearly visible during year 2013.

The Prime Minister of Bangladesh, Sheikh Hasina, has Cancer Ascendant in the Oath chart. In this chart, the transiting Saturn and Rahu are passing through the 4th House. Besides, Lunar eclipse will occur in the 4th House. Mars, Venus, Ketu will be transiting over natal Moon and retrograde Saturn, which is in conjunction with Rahu, will be causing extreme problems. This is all likely to jolt the Goverment’s foundation. The conflict between the liberal democratic views and fundamentalism will severely disturb law and regulations in the entire nation. And the process has just started, foretells Ganesha, it will manifest strongly during year 2014 and 2015.