Naidu Will Be Able To Steer Clear Of All Challenges and Legal Tangles By Mid-2017, feels Ganesha 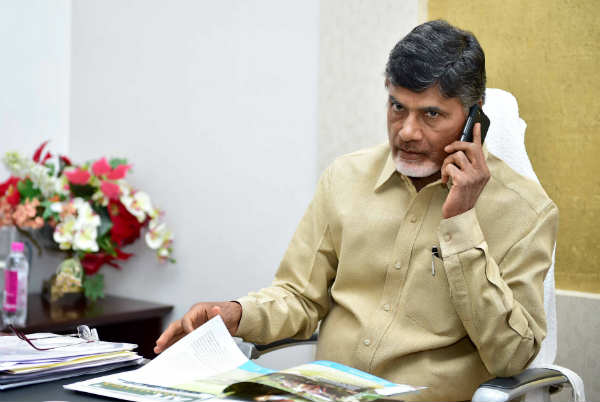 A seasoned politician, Chandrababu Naidu became the youngest member of the Andhra Pradesh assembly at the age of 28. After serving as chief minister of the state from 1995 to 2004, Naidu lost in the 2004 elections but returned at the helm in 2014. He was the one who unleashed a series of reforms in AP, including emphasizing on the use of information technology (IT) and was instrumental in making Hyderabad one of the IT hubs in India, which fetched him global praise. Naidu has won a number of awards, such as IT Indian of the Millennium from India Today, Business Person of the Year by The Economic Times, South Asian of the Year from Time Asia, and membership in the World Economic Forum’s Dream Cabinet. Naidu was also instrumental in building world class infrastructure in the twin cities of Hyderabad and Secunderabad, and in beautifying the cities. However, he also got embroiled in myriad controversies, but after a thorough analysis of his Horoscope, Ganesha predicts that, though he will continue to face challenges in the near future, he will come out unscathed and will be able to redeem his image.

Planets involved in reopening of scams:
Currently, the transiting Saturn is passing through the 8th House from the Natal Sun which may remain difficult for him. Saturn is the Planet of justice and it brings unfavourable situations while transiting through the evil Houses. So, his role in last year’s nearly-forgotten cash-for-votes scam has been reopened for investigations. The transiting Saturn indicates that he will have to face complicated legal tangles.

Image management in a complex political scenario:
Also, the transiting Rahu is moving over the Natal Saturn which also indicates that he will be facing problems in managing his own public image. It could be a very complex political and administrative environment. The eclipse effects will compound and complicate the challenges. Despite his sincere efforts to maintain his government’s image clean, some or the other issues may dent his image.

Rivals making things tricky?
Mars is associated with the Ketu in his chart. When these two Planets are in conjunction, they generate palpable energy, which is most likely to produce negative results. Due to this, his political career has seen some very tough times and hardships. It also indicates stiff resistance and powerful competitors. As the transiting Ketu is moving over the Natal Venus and Jupiter, his political rivals may try to embarrass him through the legal proceedings. He may have to undergo a sort of trial and he might be questioned by the legal authorities as the period till January 2017 looks very complicated for him. However, the transiting Jupiter is moving over the Natal Mars and Ketu which will act as a safeguard and will also help him to find legal remedies. He will be much more comfortable once the transiting Saturn enters Sagittarius, particularly from mid February 2017.

Naidu will be able to redeem himself says Ganesha!
However, the transiting Rahu may continue to cause complications till mid-August 2017. In his Chart, Sun is exalted and thus very strong. Sun represents the soul, will power, administration, leadership, influence, power and political clout. He has Venus and Jupiter in conjunction which makes him a very intelligent leader. The transiting Jupiter will be aspecting Natal Sun, Jupiter and Venus from mid-September 2017 which indicates that he will bounce back and will regain his clean public image.

Know how will be his political career path ahead. Read the horoscope analysis of Andhra Pradesh CM Chandrababu Naidu for the year 2018.

Are you confused about your career preferences and real talents? Do you feel that you are not getting the due rewards for your efforts? Or, is your career progress getting delayed? Then, our exclusive personalised report – Career Ask 3 Questions will provide the right answers. Order now!