The stars caution Akhilesh Yadav, urging him to spruce up his act as a CM… 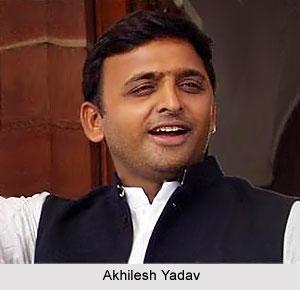 Akhilesh Yadav, the youngest CM of Uttar Pradesh till date, has been battling a number of controversies and governance issues ever since he assumed office in March 2012. Prior to his becoming the Chief Minister of Uttar Pradesh, people had extremely high expectations from him, and some even saw him as a messiah, who would surely be different in ways than his own father and the similar politicians. However, the reality, sadly, turned out to be very different!
The recent communal riots in Muzaffarnagar, UP, in which 45 people lost their lives, has caused major embarrassment to the Akhilesh led Samajwadi Party government. It is being alleged that Akhilesh is just a puppet CM, with real power being wielded by his father, Mulayam Singh Yadav, and uncles, Ram Gopal Yadav and Shivpal Singh Yadav. In addition, the controversy surrounding the unwarranted suspension of Durga Shakti Nagpal, an honest IAS officer fighting the sand mafia, on flimsy grounds added fuel to fire and gave credence to these theories. Read on to know what Ganesha has to say on the emerging situation in UP, and the fortunes of Mr. Akhilesh Yadav. Oath (for CM)

Gemini is rising in the Ascendant place in the oath taking chart of Akhilesh Yadav as UP’s Chief Minister. Hence, the Ascendant falls in the dual Sign and in the star of Mars. Also, the Ascendant Lord Mercury is retrograde in the star of Saturn. So, the Star Lord of both Ascendant and its Lord are retrograde. It clearly indicates that Akhilesh’s term as UP CM will remain very controversial – given the afore-stated planetary combinations.

The Moon is placed in the 7th House in the star of Ketu. The star Lord Ketu is in the 12th House. Hence, Akhilesh’s decisions as CM are costing him his image. Young IAS officer Durga Shakti Nagpal’s suspension was one of such decisions. Also, Akhilesh’s desires and earlier promises to take the state politics beyond caste considerations, and develop a progressive culture have been facing many road blocks.

The Lord of the 9th House (the House of religion) in the Oath Chart, Saturn is retrograde in the star of Mars. Also, the retrograde Mars is aspecting the 9th House. This astrological combination indicates religious rift in the state, and a string of violent clashes. Muzaffarnagar riots are one of many communal riots that have taken place during Akhilesh’s tenure. The impact of Mars over the Ascendant, the 9th House and the 10th House is further making his task very difficult. And, owing to this, he has been facing a lot of trouble to control anti-social elements. As the transiting Saturn and Rahu both are in Swati Nakshatra and the transiting Mars is aspecting it, Akhilesh will also face difficulties to stop them, and this may create a plenty of law and order trouble in U.P.

Additionally, the Sun is Digbali in the 10th House in the Oath Chart. And, Venus is placed with Jupiter in the 11th House. So, there are some positive planetary influences, which may keep him going as CM. But, the Sun’s conjunction with the retrograde Mercury and Rahu in Scorpio in the 6th House may continue to make his task difficult. The period till March 2014 will be very important for Yadav, as a young leader of his Party and also as the CM of Uttar Pradesh. He may face aggression, opposition and agitation in the State and indiscipline, disputes and defections within the party may test his calibre, though.

Disclaimer :
Please note that these predictions are meant only for academic and research purposes, and not intended for any other use. The organisation shall not be held responsible/ liable for consequences arising out of interpretation and usage of the same by any individual/ entity in any manner. Also, these predictions have been given by the calculations, purely on the basis of AVAILABLE data.