The stars don't seem to be too favourable for Captain Singh, efforts may go in vain! 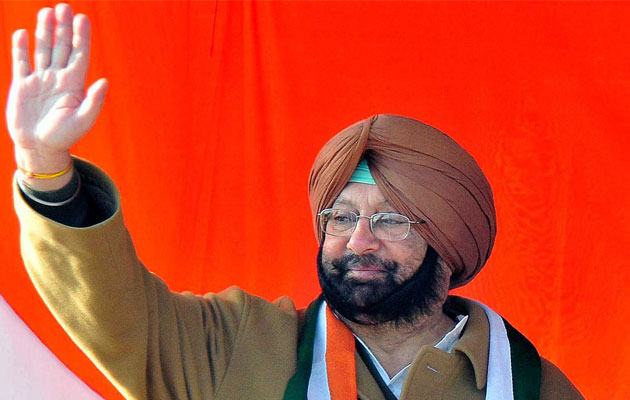 Ganesha foresees a tumultous ride ahead and rebellion from within the party for Capt. Singh!
Will Captain Amarinder Singh deliver the Congress an electoral victory in Punjab? While rival political parties have been dismissive about the change of guard in the party, the mood in the Congress camp is optimistic. It senses a strong anti-incumbency sentiment building up against the ruling Shiromani Akali Dal-BJP government and believes it can win comfortably under a capable leadership. Partap Singh Bajwa, the earlier president of the state unit, didn’t fit the bill. The state goes to the polls in 2017. Here Ganesha takes a look at the future prospects of the fiery Singh and predicts what may be the likely turn of events.
Captain Amarinder Singh
Date of Birth :-  11th March, 1942
Time of Birth :-  Not Known
Place of Birth :- Patiala, Punjab, India
SOLAR CHART