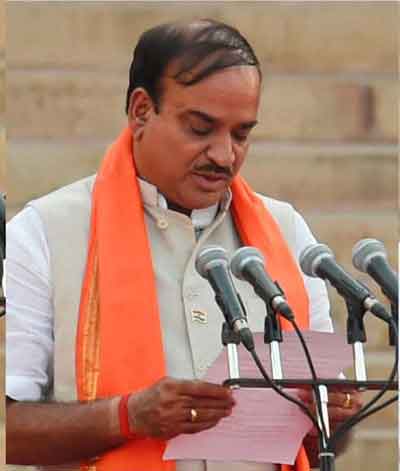 Ananth Kumar is one of the most prominent of the BJP. It would be interesting to note that Ananth has been elected for six consecutive times as an MP from Bengaluru South! The Karnataka politico, has had a lot of say in the policy-making process of the BJP and after the landslide victory of the BJP-led NDA alliance, he was alloted the Ministry of Chemicals and Fertilizers. Formerly, in the Atal Bihari Vajpayee led government, he handled various ministries like Tourism, Sports & Youth Affairs, Culture, Urban Development and Poverty Alleviation and Civil Aviation. In this article, Ganesha glances through his stars and predicts the way ahead…

[Owing to the unavailability of credible birth-time of Ananth, the analysis and predictions have been done on the basis of the Solar Chart/ Surya Kundli with the help of his birth-date and birth-place only.]

Ganesha wishes a great time ahead to Ananth Kumar.