The upcoming assembly elections in Delhi and three other states are considered as the semi finals for the 2014 Lok Sabha elections. However, for Delhi in particular, this time, the contest is not going to be just between the Congress and the BJP. With the emergence of the Aam Aadmi Party (AAP), the contest is going to be triangular in most of the assembly seats in Delhi. Recently opinion polls suggest significant impact of AAP, and have predicted a hung house, with no party getting a clear mandate. In such a scenario, AAP and its leader, Arvind Kejriwal shall play an important role in shaping the next government to rule Delhi. This shall have ramifications in the Lok Sabha elections as well, resulting in a lot of leverage for Arvind Kerjriwal to forward his agenda. Both AAP and Arvind Kejriwal have their roots in the India Against Corruption movement, that was spearheaded by activist Anna Hazare, to bring in a Jan Lokpal Bill, making the politicians holding office more accountable and to stem the rot of corruption.
How will things shape up for AAP and Arvind Kejriwal in this crucial Delhi Assembling elections? Will Arvind Kejriwal be able to push forward his agenda for greater accountability and a corruption free administration? Ganesha analysis the foundation chart of AAP and the unconfirmed horoscope of Arvind Kerjiwal to throw light on such questions. 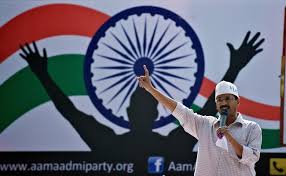 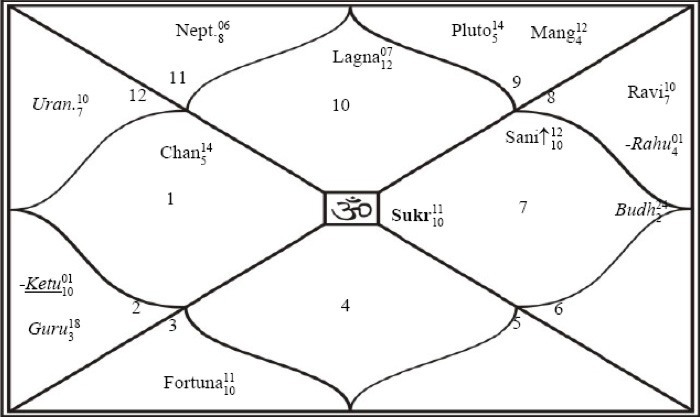 As per Aam Aadmi Party’s (AAP) foundation chart, Venus Mahadasha and Venus Bhukti is operating currently. Venus is Yogakaraka, hence the most benefic planet in this Chart. Venus is placed in the 10th House with exalted Ascendant Lord Saturn. It indicates that AAP will get some success in wooing the lower middle class and low income voters in Delhi. From 20th October 2013, Venus-Venus-Mercury period will operate. It will be ruling during the elections. Mercury is retrograde in the 10th House. Also, two eclipses in the 10th House may cause problems in achieving the desired level of success. However, leading political parties cannot ignore the Aam Aadmi Party. The entry of the AAP will change the political equations in Delhi. AAP will get some share of votes in certain seats and it will affect the prospects of the leading political parties.
As per Arvind Kejarival’s unconfirmed Horoscope, he is currently under the influence of Jupiter-Mahadasha and Venus Bhukti. Jupiter is the 8th House Lord in his chart. So, the Jupiter-Venus-Jupiter period during the elections may not help his cause much. Still, Venus-Mercury-Jupiter-Sun stellium in the 4th House brings a lot of promise. His personality and charisma will definitely attract voters. Considering all these factors, AAP will remain a cause of concern for leading political parties. However, the tally of seats will not fulfill AAP’s expectations.