Six Things That You Should Avoid During Shravan Month 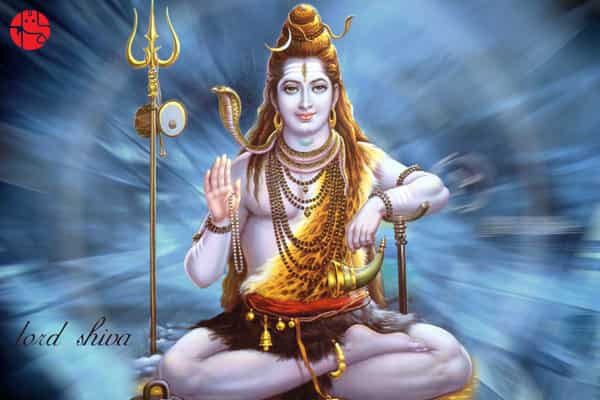 There are a few things which should be avoided for overall well-being in the month of Shravan. In this article, Ganesha presents the list of 6 things which we should avoid doing in the holy month. Read on.

1. Avoid indulging in too much pleasure and luxury:

Religious Reason:
In the Shravan month, Lord Shiva holds the responsibilities of Lord Vishnu since it’s the period of the latter Lord’s slumber. As Lord Shiva is known to be a Yogi, it is better to adopt the principles and ideas that he represents. Vegetarianism is an integral part of Hinduism. Though there are a wide variety of practices and beliefs that have changed over time, the principle of non-violence applied to animals is connected with the intention to avoid negative karmic influences. The suffering of all beings is believed to arise from craving and desire, conditioned by the karmic effects of both animal and human action. Therefore, Ganesha advises all of you to avoid non-vegetarian foods and alcohol during this Shravan month. Moreover, indulging in uncontrolled pleasures gives rise to the Rajas Guna in our body, which hampers the process of evolution, thus it is better to keep our desires in check, especially during this month.
Scientific Reason:
Non-vegetarian foods and alcohol can take a toll on your health. During monsoon, non-vegetarian foods such as mutton and chicken tend to have direct contact with water born diseases that can affect your stomach.

Now if there are Rajasik and Tamasik qualities present in your mind, you will not remain calm and can not adhere to your duties (worshiping god, meditation and things like that). Hence Tamasik and Rajasik foods were prohibited for Hindu brahmins.

So, if the proportion of the Rajasik and Tamasik Gunas is higher in your body, then they create hurdles in your path and make the process of discharging your duties difficult. They have a negative impact on your mind. Thus, it is better to avoid consuming oily and spicy food.

Scientific Reason:
We know how difficult it can be to stay away from spicy foods, but if this urge is not controlled, then it may have adverse influences on our body and overall health. As a result, you may suffer from stomach disorder and digestion issues. Therefore, Ganesha suggests that you should not eat oily and spicy foods this monsoon. Since rainy season lacks sunlight, your stomach becomes sensitive to oily and spicy foods.

3. Do Not Eat Foods in Large Quantity:

Religious Reason:
According to Hindu belief, consuming food in large quantity during the Shravan month can lead to stomach disorders and related problems. During the monsoon season, the ‘Jathragni’ or the power of digestion is comparatively weak, thus it becomes difficult for the body to digest and process the food.

Scientific Reason:
Avoid eating heavy foods at least during Shravan month. Eat meals that are easy to digest and it is better to consume fresh food, sprouts, fruits and such light stuff. Science has proved that eating four or five meals at different intervals works better than having large quantity foods at a go.

4. Do Not Harm, Hurt or Get Into Quarrels with others:

Religious Reason:
During Samudramanthan, Lord Shiva had taken poison in order to save mankind. While he was taking poison, Goddess Parvati touched His throat and deactivated the process in his body. This episode symbolises the qualities like selflessness, nobility, humanity and virtue. Thus, it would be better, if we align out thoughts and actions in this line. Are you facing probems in career? Buy the Career Ask A Question and get the solution.

Scientific or Natural Reason:
It is better to stay away from cheating, harming or hurting any animals, friends, family members, or strangers. Be very cautious about your actions and words. Such actions result into the accumulation of negative Karma and the creation of a negative chain reaction. Even if you have hurt someone inadvertantly, it would be better to apologize and seek forgiveness immediately.

5. Do Not Kill Snakes and Harm Reptiles:

Religious Reason:
According to Hindu Mythology, the serpent on Shiva’s neck represents the endless cycle of birth and regeneration. Another symbolism is that the snake on neck represents ego which, once controlled can be worn as an ornament. That’s the reason when Lord Shiva used to live in the Kailasa (Himalaya), snakes serve Lord Shiva as necklace, armlets and other accessories. Ganesha advises you not to kill snakes during Shravan month as snakes are considered sacred entities in the service of Lord Shiva. Also, the serpents are represented by the nodes, Rahu and Ketu. Considering the astrological perspective, harming the serpents and reptiles can make you incur the wrath of these planets.

Scientific Reason:
Snakes can be poisonous and killing them can create environmental disturbances.

Religious Reason:
It is said that Lord Shiva was not a God earlier. He was the Adi Yogi and the Adi Guru. He is the first teacher in the science of Yoga. Over fifteen thousand years ago, Shiva attained to his full enlightenment and abandoned himself in an intense ecstatic dance in the Himalayas. Legend says that It was because of the power of Yoga, He got transformed as a God.

Scientific Reason:
Do you know 45 Million population in the US suffer from irritable bowel syndrome (IBS)? It is a chronic experience of abdominal pain and digestive disorder that indicates the link between your nervous system and stomach. Exercise the following yoga daily during Shravan month in order to get rid of the syndrome, advises Ganesha:

Seek the blessings of the mighty Lord Mahamrutyunjaya, by worshipping the Mahamrutyunjaya Yantra! This Yantra will protect you from misfortunes of all kinds and will also act as a shield against evil influences. This extraordinarily powerful Yantra will safeguard you against accidents, dangers, unfortunate incidents, untimely death and all such terrible areas of life. To purchase the Mahamrutyunjay Yantra, click here.

Achieve higher intellect and wisdom with the powerful 5 Mukhi Rudraksha, which is represented by Planet Jupiter – the planet of prosperity and wealth. Buy now!