Significance of playing Dandiya and Garba in Navratri 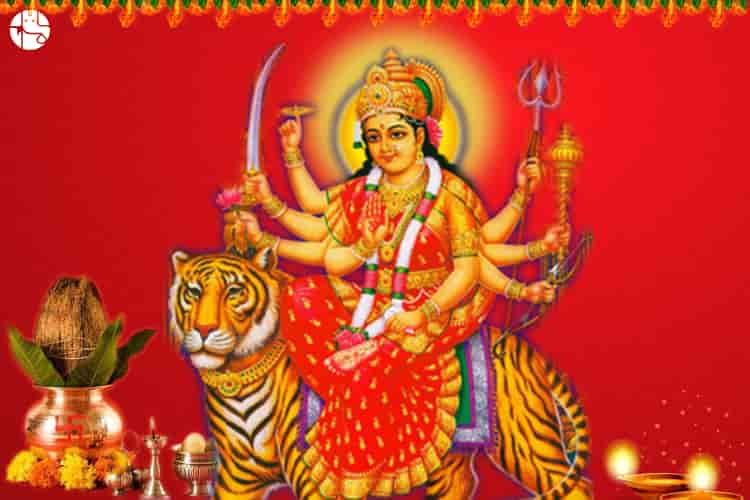 Garba and Dandiya Raas are traditional folk dance done while celebrating Navratri. Navratri is a nine-day festival performed to pay respect to the divine shakti – Goddess Durga. It is performed in a circle around the statue of Goddess Durga or the lamp offered to Goddess Durga.

1. Why is Navratri celebrated?

Navratri is celebrated to give respect and honour to Goddess Durga for her victory over Demon Mahishasura. So it is the victory of dharma and peace over evil and ego. Navratri also celebrates the spirit of togetherness of Indian culture. Devotees of Goddess Durga offer prayers to the Goddess and wear traditional and colourful dresses to perform Garba and Dandiya.

2. What is the difference between Garba and Dandiya?

a) Garba is a dance form that originated in Gujarat and played during Navratri. Dandia is another dance form originated in Vrindavan but played in Gujarat during Navratri.
b) The significant difference between Garba and Dandiya is Garba is played with hands and legs while Dandiya is played using the colourful stick.
c) Garba is performed before worshipping ritual and Aarti whereas Dandiya is performed after worshipping ritual and Aarti.

3. Where are Garba and Dandiya played?

Before Garba and Dandiya were played only in Gujarat but now this folk dance of Gujarat has become very popular and played in different corners of the world today to grace the occasion of Navratri. The event is organised on a large scale where hundreds of people come together and celebrate it.

4. How are Garba and Dandiya played?

A group would wear a dress with the same pattern, colour and design. Garba and Dandiya nights are organized in various party plots and open grounds were youngsters, children and adults come in groups and perform a dance to worship the Goddess and enjoy the spirit of togetherness.

Find out which colour is lucky for you during this Navratri according to your Zodiac Sign.

5. What are the significances of Garba and Dandiya in Navratri?

a) Garba and Dandiya are believed to be the indication of dramatisation of the fight between Goddess Durga – Power of Shakti and Mahishasur – the Demon King.
b) The colourful sticks used to perform Dandiya represents the sword of Goddess Durga.
c) This is why the dance form is also called “The Sword Dance”.
d) While doing Dandiya Raas, the devotees of Goddess Durga move their feet in inclination to the rhythm of Dhol.
e) Garba is the folk dance of Gujarat performed around the statue of Goddess Durga or the pot with lamp-lit inside it which represent life just as a fetus in the mother’s womb.
f) Garba and Dandiya Raas are performed to worship the divinity and power of Goddess Shakti or Durga.
g) Garba and Dandiya are used to educate people about the festival and mythological importance behind it.
h) Garba is performed, making a circular movement with hands and legs in a circle. The circle in which Garba is played symbolises the circle of life, and the circular movement of dancers symbolises the movement from life to death to rebirth. Only Goddess Durga is stagnant, unchanged and too powerful to be defeated.
i) The dance form is similar to Sufi dance in which the dancers move in a spiral.

The Gujarati Garba and Dandiya have gained popularity in the USA, UK, Canada, Australia, UAE and NewZealand. In modern times, the dance form is performed with a fusion.

The youth perform Garba on the traditional song with modern rhythm and also on Bollywood songs.