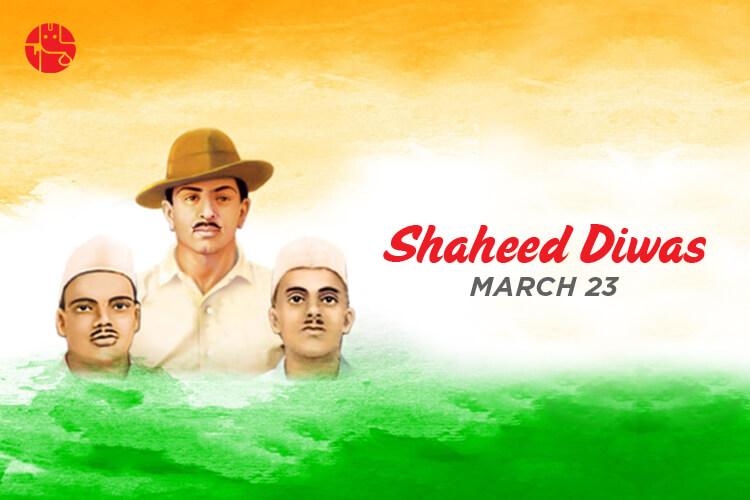 Every year, Shaheed Diwas is celebrated in India on March 23 and January 30. It is the day observed as Martyrs Day and is a tribute to Bhagat Singh, Sukhdev and Rajguru who fought for the freedom of India, and sacrificed their lives on March 23, 1931.

On the occasion of the 90th Shaheed Diwas, GaneshaSpeaks brings to you some facts about the day Bhagat Singh, Sukhdev and Rajguru were hanged to death by British rulers in the Lahore jail.

On April 8, 1929, Bhagat Singh together with his companions threw bombs over the Central Legislative Assembly, shouting the slogan “Inquilab Zindabad”. The bomb didn’t kill anyone but did injure a few. Bhagat Singh could have escaped but he and his companions stayed there without fear. As a result, Bhagat Singh was arrested. Sukhdev was arrested after police located the bomb factory in Lahore. British rulers then charged Bhagat Singh, Sukhdev and Rajguru for killing Saunders and sentenced them to death on March 24. But they were hanged a day before on March 23, 1931 at 7.30 pm.

The bodies of Bhagat Singh, Rajguru and Sukhdev were cremated on the banks of the Sutlej River. Due to his exceptional patriotism, Bhagat Singh an inspiration for generations to come.

Every year various leaders remember such extraordinary freedom fighters and express their regard and gratitude for them. They salute their courage and their determination to vindicate Lala Lajpat Rai’s death.

Other Days declared as Shaheed Diwas:

To honor the freedom fighters of the Nation, several other days are also declared as Martyr’s Day:

Thus, now you know about Martyr’s Day or Shaheed Diwas, why it is significant and how it is celebrated. On this Shaheed Diwas, GaneshaSpeaks pays homage to all the extraordinary freedom fighters and heroes of our Nation who had sacrificed their lives for their Motherland.