The Unbreakable Bond Between Brother And Sister 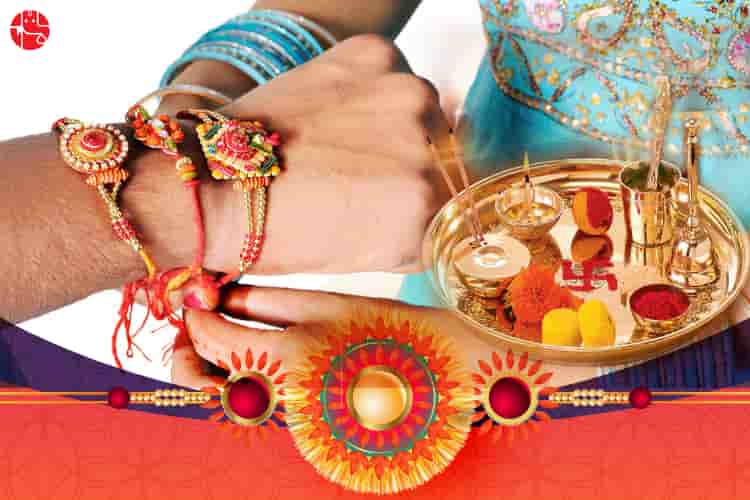 In India, Raksha Bandhan is one of the most celebrated Hindu festival, which lands in the holy month of Shravana. Hinduism has plenty of festivals, and each of them signifies a special meaning and bond. Raksha Bandhan is dedicated to the bond between brothers and sisters. Also, it is popularly known as “bond of protection”.

On this day, sisters ties Rakhi (a holy thread) on their brother’s wrist and in return brothers promises to protect them from all sort of danger and evil in their life.

Most Hindu women look forward to this day as it comes once in a year. It is the day when siblings can express their gratitude, care and love towards each other. The whole concept explains the sibling relationship psychology very well. People at every age group celebrates Raksha Bandhan and prays for the wellbeing of their siblings. The ceremony of tying Rakhi might seem simple, but it has immense power to strengthen the bond between the siblings.

Do you know how long we have been celebrating this magnificent festival?

Let’s dig into our rich culture’s history and find some inspiring and great sibling stories for recollecting the Raksha Bandhan spirit and understand the sibling bond meaning.

This one might be the most popular story of Raksha Bandhan. Do you remember the abrupt incident of Draupadi’s cheerharan (disrobing) and How Lord Krishna came to her rescue when no one else did? Well, it happened because Krishna had promised Draupadi to protect her as she had once tied a piece of her sari on Krishna’s freshly cut wound.

You must have heard of the river Yamuna. It is the largest and longest tributary river to Ganga. Her long life and tireless flow is a gift to her from brother Yama. According to mythological history, river Yamuna was delighted to welcome her brother after a very long time and tied a Raksha thread to his wrist for his wellbeing and safety. In return, Yama blesses her to be immortal.

Queen Karnavati of Mewar asked emperor Humanu to protect her from the attack King Bahadur Shah of Gujarat. She wrote a letter and sent a Rakhi to Humanu seeking his protection. Even the Mughals can’t refuse the great bond of love, he immediately abandoned his ongoing campaign and rushed in to help Karnavati. Though reached late, Humayun restored the kingdom to Karnavati’s son, Vikramjit.

When talking about Hindu culture and history, why not take the expert’s advice on what is best Muhurat for Raksha Bandhan this year for all sun sign match. We have asked our astrologer to help you with two most frequently asked questions about Raksha Bandhan in 2019.

What is most auspicious muhurat this Raksha Bandhan?

This year in 2019, Raksha Bandhan falls on Thursday, August 15. This time, Raksha Bandhan Bhadra got over before Sunrise, so roughly the whole day is auspicious for the celebration of the festival. However, below are the two best muhurat to tie Rakhi on your brother’s wrist and wish for his wellbeing and prosperity.

Other than siblings, who else can celebrate this wonderful festival?

Raksha Bandhan is mainly dedicated to the relations of siblings. On this day, brother promises to his sister that he will protect her from any obstacles/negativities. However, if we get into more depth of the meaning of Raksha Bandhan, Raksha means ‘to protect,’ or ‘Protection’ Bandhan means ‘Sutra’ or ‘Promise’ or ‘connection towards protection’.

In our Vedic history, there are so many stories about the celebration of this festival. One of the well-known stories is of God King Indra and his wife Indrani, during a war between the devils and the deities. Indrani tied Raksha sutra on Indra’s wrist. With the protection of the Raksha Sutra, Indra and Deities won the battle.

Thus, according to Vedic culture, Raksha Bandhan is a festival for everybody, and any relationship can celebrate it.

Rakhi is a symbol of love and strength that brings a sense of security and care in a relationship. Hindu culture values all the relationship and has deep roots. The bond between siblings is unbreakable and Raksha Bandhan stories are proof that when you truly trust somebody and express your gratitude, you get protection and care in return.

So, this year, keep aside your relationship between brothers and celebrate the love bond with love and compassion.