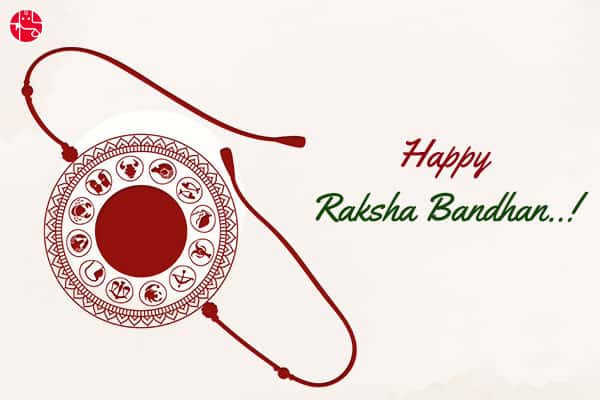 The Importance Of Raksha Bandhan

Raksha Bandhan is a popular festival celebrated across the country. Irrespective of caste and creed people from all walks of life participate in this festival. This festival announces the arrival of the monsoon in a full fledged manner. Festivals also celebrate relationships. Relationships can be a source of both happiness and sorrow. If you have any query about how to move ahead in a relationship, we have the means ready for you. Buy the Relationships Ask Question: Detailed Advice Report and get the guidance.

Raksha Bandhan has its traditional value in Indian culture and religion. This festival celebrates the emotional relationship between a brother and a sister. On Raksha Bandhan day, the sisters tie Rakhi(a decorated thread) on their brother’s wrist and pray for their well being and the brothers take a pledge to protect their sisters from all the harms and troubles.

While tying Rakhi during Raksha Bandhan the following mantra is chanted:

Every Indian festival has a mythological significance. The celebrations have logical reasons. For Brahmins, the day is to take a pledge of Brahmanik rites and for fishermen, who depend on sea and monsoon, it is the beginning of the new season. The purpose of life is also to earn money, so that we can satisfy our needs. Are you concerned about your finances? Get the Free Finance Report and find the solution.

The Hindu religious epics are the source of all the Hindu rituals and festivals. The legend of “Bhavishya Puran” tells us about a war between the Gods and the Demons. King Brutra, the leader of demons, had an edge over the Gods, who were led by Indra. As they were on the brink of defeat, Indra sought the help of Guru Brihaspati. Brihaspati asked Indra to tie a sacred thread on his wrist, powered by the sacred mantras on the Shravan Purnima. Indra’s Queen Sachi also called Indrani, empowered the thread and tied it on to his hand on the decided day. The power of the sacred thread called ‘Raksha’ helped the Gods to get victory.

According to another legend, demon King Bali was a devotee of Lord Vishnu. Lord Vishnu had left his abode and became a protector of Bali’s kingdom. Laxmi, wife of Lord Vishnu, wanted her husband to come back. So, she disguised herself as a Brahmin woman and sought shelter from Bali till her husband came back.

During the Shravan Purnima celebrations, Laxmi tied the sacred thread to Bali. When she was asked, she revealed the truth and reason for being there. The king was impressed by her kindness for his family and her purpose and requested the Lord to go with her. He sacrificed all he had for the Lord and his devoted wife.

Nariyal Purnima
This festival is celebrated by fishermen who depend on sea and monsoon. On this day Varun, the sea God, is worshipped. The coconuts are offered to the Sea God.

Yajno Pavit
In southern parts of India including Andhra Pradesh, Tamil Nadu, Kerala, and Orissa this day is celebrated as Avani Avittam. In Karnataka, the followers of Yajurveda celebrate this day as Upakarma. Upakarma is the traditional day to begin Vedic studies. On this day, the followers also change their sacred thread or yajno pavitam, the Sanskrit word for the thread. It is also called “janivaara” in Kannada, “janeyu” in Hindi, “poonool” in Tamil, ” poithe” in Bengali, and “jhanjyam” in Telugu.

While changing the sacred thread the following mantra is chanted:

Kajari Purnima
This festival is celebrated by the farmers and women who are blessed with a son.

Pavitropana
In many parts of Gujarat, this day is celebrated as Pavitropana. On this day People perform pujas and pray Lord Shiva for the forgiveness of all their misdeeds and sins.