Mahavira Jayanti: Receive His Special Grace And Blessings On This Important Day 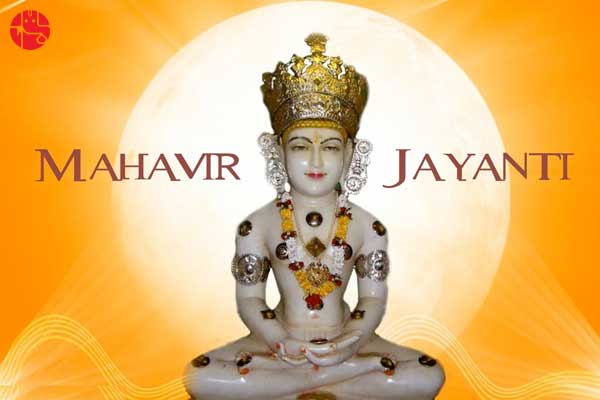 It falls on March 29 this year.

What is Mahavir Jayanti?

Mahavir Jayanti, also known as Mahavir Janma Kalyanak, is one of the most important religious festival for Jains. It celebrates the birth of Mahavir, the twenty-fourth and last Tirthankara. As per the Gregorian calendar, the holiday occurs either in March or April. According to Jain texts, Mahaveer was born on the thirteenth day of the bright half of the moon in the month of Chaitra in the year 599 BCE (Chaitra Sud 13).

When austerity of the world was never felt, when the world saw the differences between the rich and the poor, at that auspicious time there was a person who was driven to establish a mission of having a life full of peace and prosperity. He is none other than Mahavir Jain, the founder of Jainism in India and the last Tirthankar. Mahavir Jayanti is celebrated as the auspicious birth anniversary of Mahavir Jain. It falls in the month of the first week of April. Being an auspicious occasion for the Jain community, Mahavir Jayanti is celebrated with much enthusiasm at all the Jain temples especially in Girnar and Palitana in Gujarat; Sri Mahavirji in Rajasthan; Parasnath Temple of Kolkata and Pawapuri in Bihar. Many Jains engage themselves in the charitable activities keeping in minds that they will get liberation. Some give lectures in the temple to distribute the virtues of Jain doctrine. Traditional dishes are prepared on Mahavir Jayanti and are served to the poor. Overall, being honest and simple are the best traits on Mahavir Jayanti.

Sixteen Powerful Dreams Of Trishala Before The Birth Of Mahavir Jain:

During Mahavir’s birth, the surroundings were believed to be extremely peaceful. Gods and goddesses from the heavens pay homage to the Tirthankara. They bathed the little Tirthankara ceremonially and named him Vardhaman and Mahavira. Later at the age of thirty, Mahavir left the material world and began meditation. After twelve years of continuous meditation under an Ashoka tree, Mahavir Jain attained enlightenment.

Mahavir travelled across India and delivered His lessons to eradicate superstition and other false beliefs. He established dharma in order to establish moral values, ethics, and truthfulness. Mahavir preached non-violence and prohibited killing. He also said that human beings can gain a lot of virtues just by meditating and observing fasts.

Maintain austerity and observe fast throughout the day.
Decorate your puja room with the flowers.
Visit Jain temples.
Give a ceremonial bath to the idol of Mahabir.
Offer flowers, rice, fruits and it with milk to the statue of Mahavir.
Fix the flag at the top of the temple.
Get the idol of Mahabir ready for a grand procession.
Chant Mahavir Jayanti prayers.
Serve clothes, money, food or any basic needs to the poor.
Preach the philosophy of spiritual freedom, core values and ethics of Mahavira.
Prepare and serve kheer on the auspicious day of Mahavir Jayanti.

The Meaning of Namokar Mantra:

Mahavir is best known for His welfare of common man. He wanted to establish truth and peace. In the above prayer, Jains do not ask for any material benefits from Tirthankaras or from monks or nuns. They do not pray to a specific Tirthankara or monk by name. You will gain inspiration from the above mantras for the right path to true happiness or enlightenment and freedom from miseries.