Guru Purnima – All You Need to Know about its Auspicious Celebration 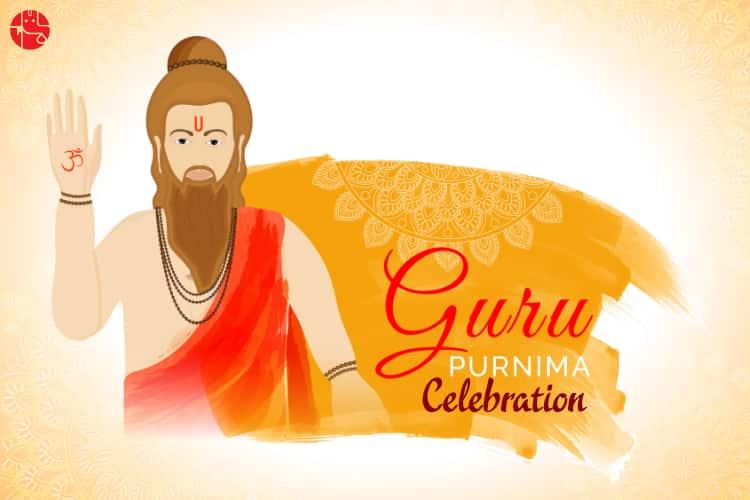 In India, a Guru or a teacher holds an immense place, and hence they are worshipped like God. A guru is a person who throws the light of vast knowledge into the ocean of humanity. In Sanskrit, the word ‘Guru’ translates literally to ‘dispeller of darkness’. Thus, a Guru is revered across the world and is capable of eliminating a seeker’s ignorance, allowing them to experience the true source of creation from within.

Guru Purnima celebration is commonly the day when seekers offer great gratitude to their Gurus and receive their blessings. The auspicious day is also known as Vyasa Purnima and celebrated in honor of the renowned sage Veda Vyasa. This author of Epic Mahabharata is considered as one of the notable Gurus of India. Now, we know the power of Guru in our life, let’s find out why we celebrate Guru Purnima and what are rituals to be followed. Also, we shall have insights into the legendary Gurus of India. Also Read: Know How To Celebrate And What To Do On Guru Purnima to learn about the dates and importance of Guru Purnima

Guru Purnima Celebration – Why it is celebrated

Guru Purnima is also regarded as a special day of exercising yogic sadhanas and various meditations. A Guru is a teacher, a guide, a friend, and a protector. The great St. Kabir has mentioned in one of his songs that if you see God and Guru standing beside each other, you should offer your first worship to the Guru and then to God. With the help of a Guru, one can recognize the real power and importance of God.

Maharshi Veda Vyasa – who is said to be one of the seven immortals – descended to earth in the month of Ashadha on a full moon day. Hence, this day is observed as Vyasa Purnima or Guru Purnima. He is called the Guru of all Gurus because he not only wrote Mahabharata but also collated all the Vedas. He also gave them systematic divisions, namely Rigveda, Samveda, Yajurveda, and Atharvaveda. Besides, he also composed 18 Puranas, Upapuranas, Vyasa Samhita, and so on. These contain teachings and guidelines on leading lives.

He was a gifted genius matching no other in the chronicles of mankind’s literary history. Thus every religious Hindu worships their Guru by honoring them as Vyasa Dev on this day. This tradition has been running since the ancient time of the Vanaasram period when the disciples staying in their Guru’s home learned Shastras.

Lord Shiva is considered as the first Guru as per the Yogic culture. He presented the skills of Yoga to Saptarishis. Appearing as a Yogi in the Himalayas, he bestowed the knowledge of Yogic learnings to these seven sages. Thus, Lord Shiva came to be known as Adiyogi.

Gautam Buddha gave his first discourse at Sarnath on the day of Ashadha Purnima after attaining enlightenment. Therefore, Buddhists also celebrate Guru Purnima in honor of teachings given by Gautam Buddha.

The planet Jupiter in Astrology is also referred to as Guru because it gives immense knowledge and wisdom, and so, on this day, people worship and offer reverence to Lord Jupiter in order to gain this warm-hearted teacher’s blessings. By establishing a Guru Yantra on this Guru Purnima, you may please Lord Jupiter to gain its blessings and those of your Gurus.

Rituals followed on the day of Guru Purnima celebration

The disciples wake up early in the morning, take a bath and get dressed in new clothes. They pay homage to their revered Guru or teacher’s feet and give them clothes, food, money, ornaments, etc. After honoring their Guru, the disciples seek their blessings to progress in life. Disciples belonging to all Hindu orders like Vaishnavas, Shaivas, and Shaktas celebrate this day as they see Brahma, Vishnu, Maheswara and the Parabrahma (the supreme soul) in their Gurus. The below shloka from Guruvandana shows the same:

It is said that a Guru who can illuminate one’s life with their wisdom and guidance is a Guru in true sense. Wish you all a very Happy Guru Purnima.