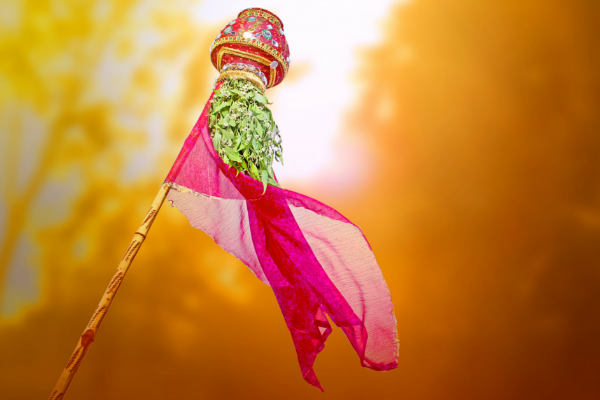 It’s time to be in full spirits and to turn up with your best self, as Gudi Padwa is round the corner. Yes, we are talking about Gudi Padwa or the Marathi New Year, the vibrant festival that falls on Chaitra Shukla Pratipadā, the first day of the bright fortnight of the Hindu lunar month of Chaitra. According to the Vedic texts, it is considered the most powerful day of the year as Lord Brahmā created the Universe. Gudi Padwa or Marathi New Year is celebrated with an auspicious oil bath ceremony, followed by decorating the main door with a garland, performing rituals and hoisting flag known as Gudi. Come on, let’s rock Gudi Padwa 2017 with enthusiasm, color, and devotion.

Will your career prospects look in the new year? Get the answers with Career Ask A Question

Get Financial Guidance With 2017 Finance Report

Will you be able to tie the knot this year? Buy the 2017 Marriage Prospects to get the answers.

We, at Ganeshaspeaks, wish you a Happy Gudi Padwa 2017.