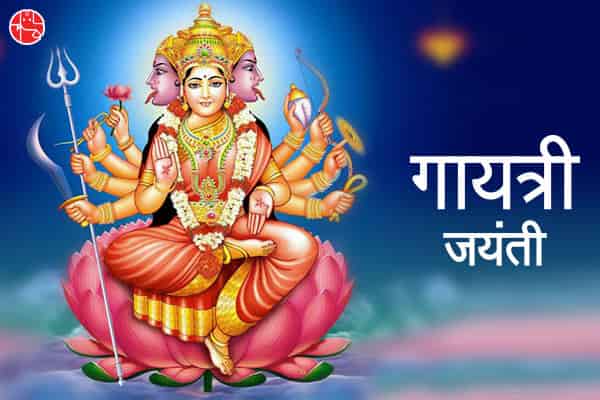 If you are getting troubled in job, business, then you will get solution from sun worship, get sun worship done for your progress

According to mythological beliefs, Mahashakti Mata Gayatri is believed to have been married to Brahma. According to Hindu Vedic literature and Puranas, Brahmaji has two wives, one Gayatri and the other Savitri. Being the consort of Prajapati Brahma, Mother Gayatri works in the conscious world to maintain continuity in the world. On the other hand, Mother Savitri helps in the operation of the material world. Think of it like this, when we do any kind of invention or discovery related to new origin, then it is received by the compassion of Mother Savitri. Whereas Mother Gayatri flows in the form of different types of powers within the living beings, they can be in the form of any kind of talent, characteristics and knowledge. The person who knows the right way to use the power of Mother Gayatri, can enjoy the happiness in life as he desires.

Like any other mantra, Gayatri Mantra also purifies your body, mind and soul through its phonetics. The 24 letters of Gayatri Mantra work to awaken the 24 powers of the seekers. The words of this mantra are associated with various qualities like success, accomplishments and prosperity. Let us try to understand the meaning of Gayatri Mantra literally.
Gayatri Mantra – Om Bhur Bhuvah Swah.
That saviturvarenyam.
Bhargo Devasya Dhimahi.
Dhyo yo nah prachodayat
Meaning of Gayatri Mantra in Hindi – Let us imbibe in our soul that life-form, sorrow-destroyer, happiness-form, superior, brilliant, sin-destroyer, God-form God. May that God guide our intellect in the right path.

Mata Gayatri can be worshiped at any time and in any situation. Worship of Maa Gayatri is considered beneficial in every situation, but Gayatri Puja done methodically, selflessly and with least rituals of feelings is considered to be very beneficial. Maa Gayatri should be worshiped regularly after retiring from daily activities in the morning and sitting in the position of Sukhasan at a certain place and time. Along with this, at least three quantities of Gayatri Mantra should also be chanted. The method of worshiping Maa Gayatri is as follows.
First of all make your body pure through Panchakarma.
Panchakarmas include sanctification, achman, shikha vandan, pranayama and trust.
Then, for the worship of Goddess, remember Mother Gayatri sitting in front of the idol or picture of Mother Gayatri with true heart and consider her as incarnated in that picture or statue.
Then offer water, akshat, flowers, incense-lamp and naivedya to the mother with rituals.
After this, meditate on the mother with your inner soul and chant three rounds of Gayatri Mantra or the mantra for at least 15 minutes. Keep in mind that while chanting the mantra, your lips should move but your voice should be so low that even the person sitting nearby cannot hear it.

With the blessings of Ganeshji,
ganeshspeaks.ka