Know The Significance Of Dhumavati Jayanti 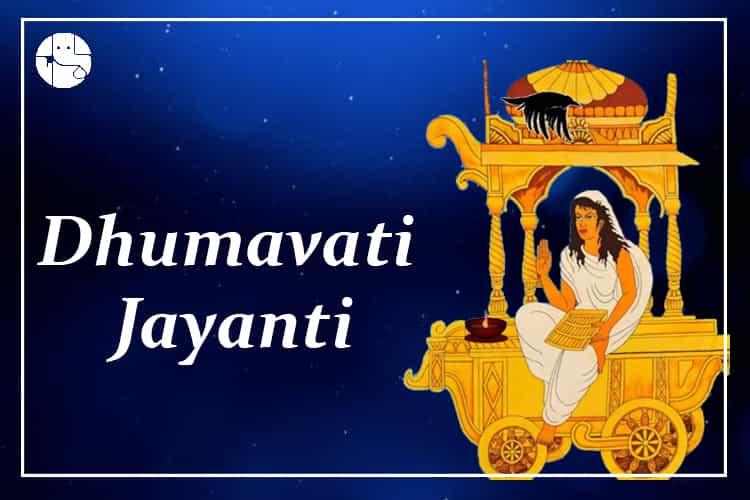 According to Hindu legends, Devi Dhumavati is the old widow and is associated with things considered inauspicious and unattractive. The Goddess is depicted in the form of an ugly old lady seated on a horseless chariot. Sometimes, she is also portrayed riding a crow. However, even though Goddess Dhumavati’s appearance is scary and dangerous, she always blesses her children.

As per the legends mentioned in Prana Toshini Tantra, one day Goddess Parvati asked Lord Shiva the secret of meditation. But as Lord Shiva was in deep meditation, he did not listen to Goddess’s words. Goddess Parvati became annoyed, and out of her anger she swallowed Lord Shiva. She started to produce a lot of heat and fire, her mouth exhaled a lot of smoke, dust, and fumes. Later, on the request of Lord Shiva, she disgorged him. After this incident, Lord Shiva rejected her and cursed her to assume the form of a widow and said that she will be worshipped in this avatar. ‘Dhuma’ signifies smoke, therefore Dhumavati means one who is composed of smoke.

To know the personalized rituals based on your birth chart, consult our expert astrologers!

Get personalised help from our specialized astrologer

Phone Consultation
OR
Get Answer on Email