Will Siddharth-The Prisoner unlock any magic at the Box Office? 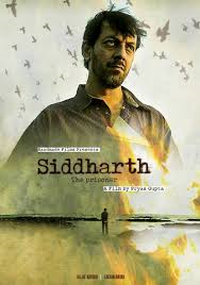 First-time director Pryas Gupta’s film Siddharth-The Prisoner, which is slated for release on 27th February, is based on the ancient Indian text of Rig Veda and is said to explore the theme of renunciation of desire and whether it leads one onto the path of enlightenment. Starring actor Rajat Kapoor in the lead role, Siddharth-The Prisoner also casts Sachin Nayak of TV commercial Happydent fame. This forthcoming film has already garnered positive response overseas by winning the Grand Jury Award at the Asia Pacific Screen Awards.

But, does every film that bags awards smashes records at the Box Office? Ganesha says a lot depends on planetary positions at the time of a film’s release. Bearing this in mind, the wise Lord predicts the fate of Siddharth-The Prisoner by using the Vedic Astrology System and Chaldean Numerology.

Sarvashtakvarga of the release time Horoscope

To sum it up, Ganesha feels that although numerology brings good tidings for Siddharth-The Prisoner, planetary positions only slightly favour the film’s Box Office fate because of malefic planet’s affliction as indicated above. In that respect, the film may not fare well and may attract just a handful of curious cinema-goers. However, this doesn’t mean that one should completely write off Siddharth-The Prisoner. As per Ganesha’s view, despite being an honest attempt at telling a story, the film may not break any records due to planetary positions at the time of its release.

Ganesha wishes good luck to the cast and crew of Siddharth-The Prisoner.