Get ready for a special treat this Christmas as Tees Maar Khan, Akshay Kumar, and sizzling hot Sheila, Katrina Kaif promise to entertain you to the fullest. Director Farah Khan returns with tons of entertainment in Tees Maar Khan, an action-comedy, which hits the silver screen on 24th December. The
story is about the swindler, Tess Maar Khan, who cons and cheats people with such dauntlessness that you are bound to be taken aback. And, to spice up the story line a little, he has with him the incognizant support of his wannabe actress girlfriend, Anya (played by Katrina Kaif). Look out for the icing on the cake in the form of special appearances by Salman Khan, Anil Kapoor, and Akshaye Khanna, and narration of the film by Sanjay Dutt.

Well, Munni is passe and it’s Sheila and ‘Sheila ki jawani’ that are the talk of the town. Will Tees Maar Khan live upto the audiences’ expectations, which are already high? Will Akshay Kumar be able to con the audience into watching ‘Tees Maar Khan’? Ganesha finds out with the aid of Vedic astrology. 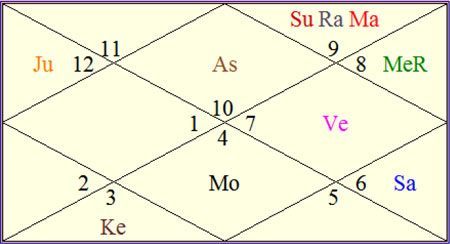 Good luck and may Lord Ganesha bless the cast and crew of Tees Maar Khan with success.