Mahabharat is considered as the biggest political battle. But now it’s time for a makeover as Prakash Jha’s new flick, a modern day Mahabharata is all set to hit the cinemas on June 4th. This summer, the mercury is going to rise once again as the Bollywood titans Nana Patekar, Ranbir Kapoor, Ajay Devgan, Manoj Bajpai and Arjun Rampal clash on the silver screen and battle it out in ‘Rajneeti’. Clad in a crisp cotton sari, Katrina Kaif’s character has undergone many speculations about her character being inspired by Sonia Gandhi. The film comes as a litmus test for Katrina and Ranbir, and if it clicks with the audience, it will be a turning point in their careers.

The going has been tough for Rajneeti as it has already faced ire from the censor board for bearing close resemblance to real-life politicians. Will it win sufficient votes from the audience? Ganesha predicts with the help of Vedic Astrology. 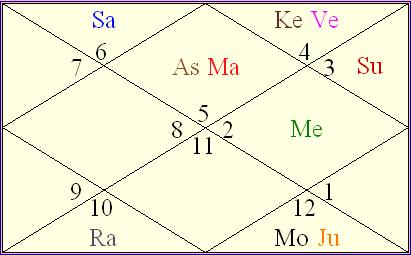