Will people ‘Jhoom’ with Rakhi’s show on Zoom? 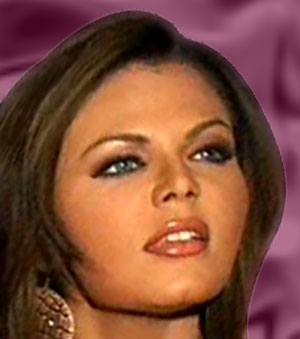 Introduction: Zoom Channel, promoted by Times Of India Group, is all set to launch “The Rakhi Sawant Show” a gossip show hosted by Rakhi Sawant, the Mika Singh kiss victim. After displaying her talent in reality shows like Big Boss and Nach Baliye 3, she is all set to capture the attention of millions of eye balls. The show is about Bollywood gossip and stories. This show will be on air from July 12, 2008 at 19.30 hours.

Astro Analysis
The ascendant of the chart is in Capricorn a Char Rashi (Moving Sign). This on its own indicates that the show seems to grow and progress.

This again supports the success of the show.

What Next?
Ganesha thus firmly believes that this show on Zoom, will start climbing the TRP ladder quickly and easily. It will also become famous. On the first day itself it will have a huge audience nationwide.

The show will progress well with the first seven episodes and then may enter some trouble for the next 30 days or 30 episodes. There may be some controversy and Rakhi may be in an agitated state of mind, inviting bad publicity as well as creating some enmity and issues with people from the glamour world by her sarcastic remarks.

If the show and Rakhi handle these factors well, then all is great and hunky dory for the show.

Summary
The Rakhi Sawant Show on Zoom will be a major success and will remain so despite the negative publicity it may receive. It would be like ‘The Lady of substance – physical and mental – will rule the roost’.

Wishing Rakhi and her show as well as Zoom, all the best of luck.