Will ‘Kites’ soar at the box office?

For innumerable Hrithik Roshan fans, the wait seems to be over. After his long absence from the silver screen and a prolonged delay of his film ‘Kites’, finally the film is set to release on May 21st 2010. The year 2010 has not had a single blockbuster to its credit, making it a dry year for the film industry. Kites, which is supposedly the biggest ever Indian release globally (1800 screens in India and 500 screens overseas) will hopefully bring some good news for Bollywood.

In the film, while Hrithik plays the male protagonist, there are two actresses playing his muses’s Mexican beauty Barbara Mori and the sexy Kangana Ranaut. Directed by Anurag Basu and produced by Rakesh Roshan, the film has already gone through its share of controversies like the link-up between Hrithik and Barbara and rumours about the fall-out between Anurag and Rakesh. But these rumours are only adding to the anticipation surrounding the film.

Will ‘Kites’ fly as high as audience’s expectations? Ganesha predicts with the help of Vedic Astrology. 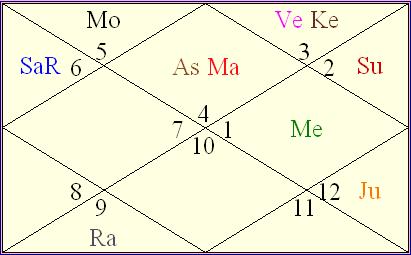 Since the year 2010 has begun, there has not been a single blockbuster entertainer. According to Ganesha, Kites shows a promise to fair well at the box office, especially on the first day and during the first weekend.

May the team of Kites have a smooth flight; Ganesha wishes its cast and crew, all the best!