Will ‘Housefull’ lure the audience to multiplexes? Ganesha finds out

After a prolonged IPL induced intermission for most multiplexes, a multi-starrer rom-com ‘Housefull’ is all set to rekindle the movie mania this Friday. Directed by Sajid Khan and produced by Sajid Nadiadwala, the film boasts of an impressive star-cast, which includes Akshay Kumar, Deepika Padukone, Riteish Deshmukh, Lara Dutta, Arjun Rampal, Jiah Khan and Boman Irani. The much awaited film coincides with school summer holidays and bears an uncanny resemblance to Shoaib-Sania’s wedding controversy. However, Sajid who has directed films like ‘Heyy Babyy’ and ‘Darna Zaroori Hai’ has already been fielding several questions from media about few scenes being direct lifts from the English flick ‘Hangover’.

Is it just a rumour added in good humour? Will the film live up to the expectation of the audience? With the help of Vedic Astrology System, Ganesha predicts the fate of ‘Housefull’, which is slated to release on April 30th, 2010. 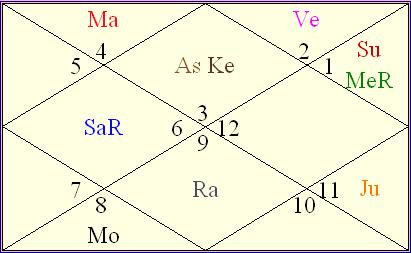 Good luck and may Lord Ganesha bless the team of ‘Housefull’ with houseful audiences.