Will Harlow Winter Madden PLAY music or will music play to her tunes?

Will Harlow Winter Madden PLAY music or will music play to her tunes? 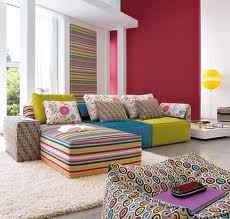 Harlow Winter Kate Madden, is the coveted treasure of Joel Madden and Nicole Richie. Joel is the leading vocalist for the band Good Charlotte. Nicole Richie is a US socialite. The usual tendency of us all, is to be interested in the future of celebrity kids. Ganesha, growing anxious, has therefore done a study based on Vedic astrology, of Harlow's Natal Birth Chart.

Ganesha observes that Harlow has Gemini rising, indicating that she has a lot of communicative tendencies and intelligence. With the aspect of Guru (Jupiter) as well as Ravi (Sun) to her ascendant, it seems she is a person of knowledge as well as royalty. Her demeanor will be majestic with an air of know it all attitude.Further it comes to Ganesha's notice that Budha (Mercury) the lord of her ascendant (self) is also the lord of her fourth house of mother and is placed in the eighth house of inheritance. This converts into a possible fact that she will take to her mother in many ways.Guru (Jupiter) as the lord of her tenth house of career and profession is placed in the seventh house in its other own sign Dhanus (Sagittarius), which is a good placement for Harlow's career, notes Ganesha. Guru placed in the seventh house of public and public image and that too with Sun, the signifier of image and self esteem, purely leads Ganesha to believe that Harlow may choose a profession related to her mother's and may become a socialite. She may choose something that relates more to fiery kind of professions associated with communication and public, may be a political critic or writer?Lets wait and watch.Ganesha's GraceRikhav Khimasia
The GaneshaSpeaks Team