Will Dhoom 3 create magic at the box-office? Ganesha finds out 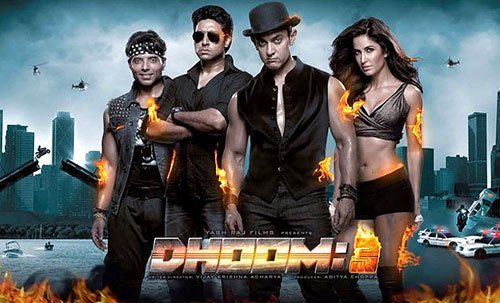 It’s time to end 2013 with Dhoom! One of the most-awaited films of the year, Dhoom 3, starring Mr. Perfectionist Amir Khan as the antagonist, will hit the theatres on December 20, 2013. The Yash Raj Films production and 3rd sequel of the popular Dhoom series also stars the queen of millions of hearts- Katrina Kaif in the lead role along with Abhishek Bachchan and Uday Chopra. The expectations from the movie are sky high and the well-calculated but underplayed media promotions have raised the curiosity levels even more. Dhoom 3 promises to have stylized stunt scenes, extraordinary production quality, foot tapping music, and of course, a huge dose of thrill and action!

Will Dhoom 3 rip apart box-office records and set a new benchmark? Ganesha analyses the release time chart of Dhoom 3 and finds out what’s in store for the film.

Ganesha wishes good luck to the cast and crew of Dhoom 3!