Will ‘Apartment’ thrill the audience? Ganesha finds out

Jagmohan Mundhra, one of the ace film directors of bollywood, has come up with a contemporary psycho-thriller, ‘Apartment’, which is all set to hit the silver screen. As the director has given some critically acclaimed films in the past, there are expectations galore. This time, Mundhra has deviated a bit from his signature style. The story of ‘Apartment’ comes as a warning for young and urban professionals, who in order to survive the rat race, flock to cities and share their personal space and homes with strangers. Starring Rohit Roy, Tanushree Dutta, Neetu Chandra and Anupam Kher, ‘Apartment’ is slated for release on April 23rd after going through its share of technical glitches and controversies.

Ganesha predicts the fate of the film with the help of Vedic Astrology System: 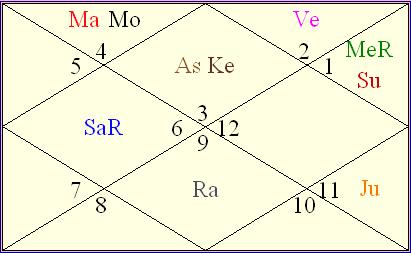 Good luck and may Lord Ganesha bless Jag Mundhra and his team.