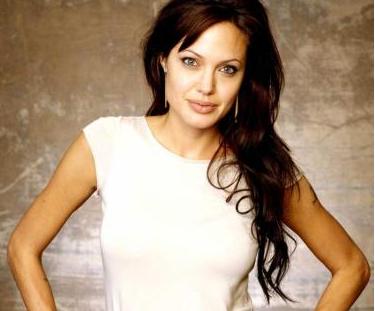 Angelina Jolie is a known name in Hollywood. She is an American actress and is considered to be the most beautiful woman of the world by media and her personal life has now become a talk of the town with paparazzi following her with her star husband Brad Pitt. They are together known as Brangelina. She is blessed with four kids. She has recently declared in an interview that she enjoys performing hot and intimate scenes on screen. Ganesha studies her horoscope to give a detailed analysis of what makes her crave for filming such scenes.

Angelina Jolie is born with Venus rising in the watery, movable Cancer Ascendant, a superb celestial placement that has bestowed her with beauty, fame, wealth and the admiration of millions of fans across the world. Her Venus exactly squares natal Uranus, adding elements of eroticism, elegance and electricity, but at the same time making long-term romantic relationships uncomfortable. That’s why she likes nothing more than rolling around naked with other men in front of the cameras for fun and enjoyment!!

The Venus-Uranus aspect indicates her rebellious side, which is more pronounced due to Moon and Mars being in square with Saturn. Angelina Jolie is changeable Gemini and Geminis are flexible people. Their ability and adaptability to any new situation is extra ordinary and they are easily bored if they do not get enough mental stimulation. Angelina said: “A physical thing is, for some people, like me, very easy.” No wonder!!! That is why she thrives on this kind of sexual attention. Her Moon-Mars is opposite to Pluto in natal chart and also Venus square Uranus loves the fireworks of sex and passion, but avoids the commitment.

Earlier this year, Angelina shared a sex scene with Brad’s good friend Matt Damon when she played his wife in “The Good Shepherd”. In Matt Damon’s chart, Venus and Jupiter are placed in the romantic sign Libra which falls in the 4th house (house of inner feelings) of Angelina Jolie. Uranus of Angelina’s chart falls over the Venus of Matt’s chart indicating physical pleasure with each other. The Venus person that is Angelina is enthralled with the Uranus person Matt Damon and relationship looks easy and normal on the screen with this kind of electric attraction. There is a Sun trine Moon but not any more favourable aspects in the synastry. So the performance on the screen was attractive and sexy. The relationship between these two seems thoroughly professional.