Whether it has been about the suspense over who’d play the leading lady or delays in getting the film on the floor and completing it as per the schedule, Vishwaroopam, a Tamil spy thriller, has been in the news right from the word go. Written, directed, acted and co-produced by superstar Kamal Hassan, Vishwaroopan recently got tangled in a major controversy with some extremists accusing the makers for portraying a particular minority community in a bad light. One thing led to another, and a official ban of imposed in Tamil Nadu on this first Indian film with the latest 3D Auro sound technology. Similar turn of events were seen in some other territories, too. And eventually, the Vishwaroom had fragmented release on the 25th January, 2013. In an attempt to find the middle ground, the scenes perceived objectionable has been removed, making the film ready for its release on the home territory.

So, the big moment is just around the corner! The controversy-hit Vishwaroopam will final hit the screens in Tamil Nadu on February 7, 2013. The film is already earning rave reviews and going strong at the box-office across the globe, but the question is, will the people of Tamil Nadu give similar response? Also, will the film be able to live up to the hype? Ganesha analyses the Release Time Chart of Vishwaroopam and makes some interesting observations and predictions. Read on to find out more. 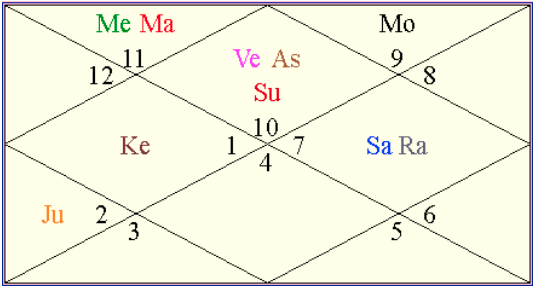 To sum it up, Ganesha says, Vishwaroopam may be super-successful at the Tamil Nadu box-office, predicts Ganesha.

May Lord Ganesha bless the cast and crew of Vishwaroopam.